New Band To Burn One To: MYSTERY SHIP 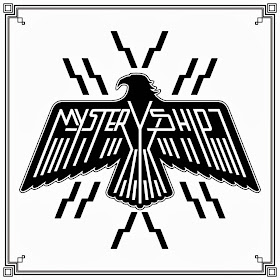 "Upon first listen to Seattle's Mystery Ship, I had to pinch myself to make sure that I wasn't jettisoned back to the early seventies into the back of a customized van wearing nut-hugging bell-bottom jeans and a denim jacket adorned with a ton of patches. While the music does have a retro heavy rock sound, it is also very modern and current. With two EPs released last year and a 7" released this year, the band is just giving you a little teaser as to what they are about to embark on. Sweet grooves, tight riffs and a laid back vibe combined with a layered vocal harmony provide the substance needed to conquer the world. The band has worked with the likes of Dave Hillis (Pearl Jam, Afghan Whigs), Jack Endino (Nirvana, High on Fire, Soundgarden), and Gordon Raphael (The Strokes), so there is definitely a serious buzz going on with this band.
I would say I highly agree."