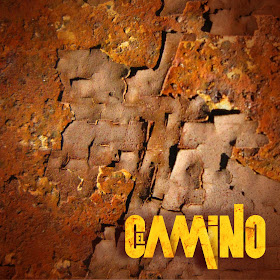 This weeks Double Dose has plenty of variety for lovers of the avant-garde to the classic stoner fuzz. We'll start in Temuco, Chile with El Camino and their self-titled EP. The quartet got started some two years ago and by putting in the hard time they have independently released their debut EP, something we admire here at Heavy Planet. The sound is exactly what any stoner rock fan is looking for. Daniel's bass guitar is set to earth-shatter while the guitars [Cesar & Claudio] become tangled in a galactic battle between fuzzed out RIFF-age and flamboyant blues fret-men-ship. Something to be noted is Cesar's vocals which range from the standard stoner croon to an aggro-death style. If you're looking for some South American psychedelic stoner noise look no further than El Camino and their EP, which is streaming in its entirety at soundcloud!

I email I soundcloud I 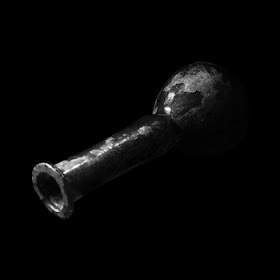 The Pod: Assassins in the Mirrored Hall

The Double Dose has become a hot spot for one man bands recently, hasn't it?! This week's solo genius comes from the mind of Scott Endres of MAKE. As if Mr. Endres wasn't busy enough last year dropping two phenomenal records Trephine and Axis, he went and fired up his part time job, The Pod. This most recent release is entitled Assassins in the Mirrored Hall, a bold title. If you are unfamiliar, this projects core focus relies on an experimental drone foundation. The tracks are long and if you're looking for a stage show, you've came to the wrong bar. The song titles, in accord with the album name, are pretty epic as well. Naming songs like Citadel of Mirages and Reinvent the Wheel are a great way to catch this listeners eye. My favorite track Abandoned Ark sounds as though your on fire, from the loud and static cracks swirling as Scott's lonely guitar teases what is left of your sense of feeling. The track continues to build with the addition of a Nintendo era sound-loop morphing finally into a robotic drum machine. Psychedelic and disturbing. Check it out!