New Band To Burn One To: UFESAS 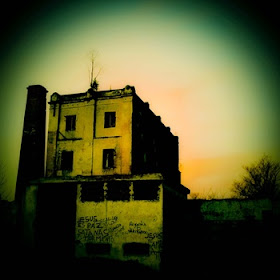 
Ufesas was born as a jam band with four friends in a garage, making music just for fun. Their influences come from very different places: Spacemen 3, The Brian Jonestown Massacre, Grateful Dead, Dias de Blues, Velvet Underground, The Rolling Stones, Queens of the Stone Age, The Jesus and Mary Chain, among others. In June of 2008 they released their first EP, with their own label, Folie à Deux records, which contains four songs that describes the sound of the band, it was recorded in one day, just four guys in a room, playing with fire.

"Ok, ok, I know this is not really a "new" release and really have no right to post it as "Heavy Planet presents..." due to the fact it was released in 2011 and is already widely spread all over the internet. But, unfortunately that is not the case. Since Heavy Planet is the bearer of all great music far and wide, we have decided to give this pretty awesome EP by Ufesas some more well deserved attention. Some of you may be familiar with the band's 2008 EP, if not then you should seek that one out as well (hint: click on last.fm link). The band hails from Uruguay and plays an echo-filled blend of dark and brooding psychedelic blues. With a heavy drone and steady tempo, the band slithers through an amazing collection of  righteous riffs that sift through the pillowing haze. Probably my favorite track on the album is the fuzzed-out heavy blues stomp "Dead Town Blues". The vast intensity reverberates and the suave vocals ooze on my other favorite track "She's the Devil in My Head". Very cool EP that should not be missed. If you happened to miss it the first time around, now is your chance. Oh yeah, and why the hell not, it's FREE!"