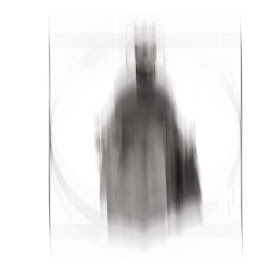 This is one you don't see often, a real "zombie" EP- a newer record from a group recently folded with some bonus material!Wiht was a delicious little doom outfit which toured with everyone from Orange Goblin to Yob. A distinctly dark and texture rich record originally released as a 2 track album, this particular incarnation includes a 3rd, unreleased, bonus (End of the Reign)

1. "The Harrowing of the North"- 8 movements sonically depicting William the Conqueror's conquest of northern england. Excellent. This track is texturally magnificent, a range of ambient textures slowly mesh into winding and blistering distorted behemoths. Delayed contours shifting into beastly waltzes of doom, conjured sounds in 3/4 are pachyderm heavy. Swirling chorused/delayed shoegazing occurs in wild swirls until death-marches before turning into swaying ambient piano and beautiful layered synthesis. This great slow wave of death fades into a Pike-worthy battle command. The thing to note is how much time this band takes to really build each part, nothing feels rushed, but it sways in such an even manner - it's not long for the sake of being long, the intent is clear: it does not drag!

2."Orderic Vitalis"- Opened with down right disgusting bass-tones, the piece launches straight into a demonic sounding minor riff, the tension curls into eerie reverbed guitar lines that whisper and act as atmosphere as the bass drones. The band continues to flirt with lush reverb and delay, stopping in-between to place perfectly accented distorted riffs. A large canvas is drawn upon which the bass pounds the listener as long delayed guitars pierce through the foreground. The flirtation with a 6/8 polyrhythm occurs and the groove divides and freaks the listener. The guitar is both a mix of shoegazing fuzz and doomed out low-end in the tone department. A continuous build of ominous tension from the guitars whirls into delayed and reverbed-weirdness and grain until collapsing into a symphony of sine-waves and simple synthesis acting as a beautiful counterpoint to the range of contrast created prior.

For those of you interested, this trippy gem of a record has been reissued with the bonus track by Devouter Records here.
The record is streaming on SoundCloud here