New Band To Burn One To: DER HUNDS 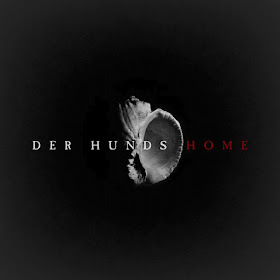 We are DER HUNDS, Bulgaria based quartet, Eastern Europe in fact.

Musically the band is influenced mainly from Kyuss, Soundgarden, Black Sabbath. We've come together around 2006 in Sofia, the capital of Bulgaria. The first full-length record was released in 2009 - Blue Animals. After some line up changes the current members are:

With these four guys the second record was released on July the 12th - it's a 4-song EP, called "HOME".


"The immediate comparisons to the band are that of Soundgarden, primarily the uncanny vocal similarity to Chris Cornell. Let's stop right there and give this band their due diligence. The EP starts off with the chugging anthem "Homesick" then shit kicks you with the off-beat riffage of "Too Much" a mid-tempo rocker that recalls the glory days of 90's grunge goodness. The jangly guitar intro of "Silver Sun" is quickly erased by the sun-kissed bass line that guides the song throughout and leads us to the pinnacle of this EP final track "Waterfall". This emotionally charged "ballad" is filled with remarkable soaring vocals and rewarding inner song dynamics. This EP is very well crafted and each song feeds into each other creating a nice ebb and flow amongst the four tracks. Over the years, there have been so many bands that have had the unfortunate labeling as sounding like someone else. To be honest, there are very few that sound different. These dudes rock, enough said."