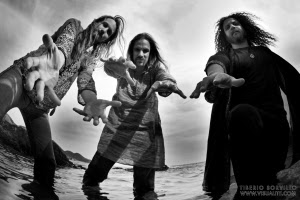 As originally seen on The Soda Shop.

Siena Root is a group and an experimental project with its roots in analogue old school rock music. The foundation is a trio from Stockholm that’s been around since the late ’90s. The sound is classic but yet original, founded on heavy organ, strat leads, bass riffing and big drums. It is also often enriched with bluesy soulful vocals, indian classical instruments and psychedelic vibes.

In the sense that blues is blue, hard rock is black, and reggae is pan African coloured, this music has the colour of siena. It is a warm, earthy colour, originally from the muddy roots of Toscana. Because this sound has roots that go deep, it was also natural to let root be a part of the bands name.

Four full length albums and one 7″ single have been released so far, each one marking the development and refinement of the bands diverse style. Through touring the music has developed in such a way, that jamming and improvising has become an essential element, always keeping you on the edge of your seat. A Siena Root concert is dramatic and exciting, visually, as well as emotionally. It’s a dynamic rootrock experience. 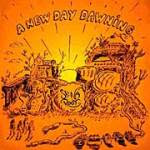 Obviously, classic rock purists will lap this up (if they already haven’t done so), but anyone who can appreciate bluesy rock will dig this. The playing is impeccable, the sound is captivating, and this is highly recommended. Better late than never – get a copy of A New Day Dawning- (John Pegoraro, StonerRock.com) 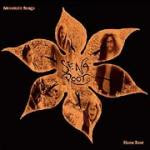 For me these two tracks show a group with a definite and convincing early 70’s sound. The female heavy soulful rocksinger with group, has a kind of inner progressing direction and drive of power roots derived from bluesrock, comparable to a group like Led Zeppelin, but then with a female singer, and with a more straight forward hard-rocking drive, with its own rhythmical variations on “Mountain I”, and with a strong soul-hardrock energy on “Mountain II”. The single is a teaser for what can be expected on the group’s next (second) release. Promising!- Geraldpsyche 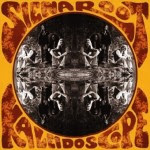 One can hear influences from South American, Hindi and North African folk music mixing with rock from the early 70′s, making this THE album no matter what you are looking for…Now you must discover Siena Root for yourself… The Masters of the inner space.- Monolith 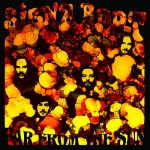 Far from the Sun (2008)
Transubstans Records

The guitars still riff it up, but the sitars, mellotron and arrangements head off into a world where Captain Beyond became the biggest band of the seventies and the Pete French fronted Atomic Rooster took up a residency as the British band of choice. That world only exists in my head, which is why I’m delighted to have Siena Root provide the soundtrack…An absolute delight.- HotDigits.co.uk

For the most part, Different Realities is great 70′s styled hard rock record. However, the band spends too much of the second suite stuck in that Middle Eastern rut, which comes across as quite jarring after the excellent opening batch of numbers. Still, the first half of this CD is so strong that it more than makes up for the bit of rambling that the band gets into throughout the latter half.- Pete Pardo