New Band To Burn One To - White Rhino 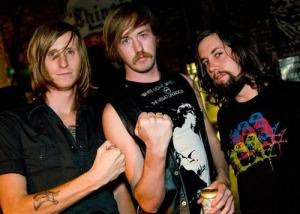 
LOUD, FAST, AND HEAVY PSYCHEDELIC ROCK & ROLL MADE FOR THOSE LIVING A WILD LIFESTYLE.

All accomplished with absolutely no label or management.

Started in spring 2008 as an outlet for 3 Austin music scene veterans' desire to start an exciting heavy psychedelic rock n roll experience. White Rhino recorded their first demo within days of forming and have been playing non stop ever since.

In 2009 White Rhino has hit their stride. Highlights include:

Right now White Rhino is staying local, solidifying their Texas fanbase and writing and performing new material. Plans are in the works to tour and conquer the United States during the summer and head back into the studio in the fall.

If you like bands such as Sixty Watt Shamen, Split Hoof or Super Heavy Goat Ass, White Rhino is one band you MUST checkout!