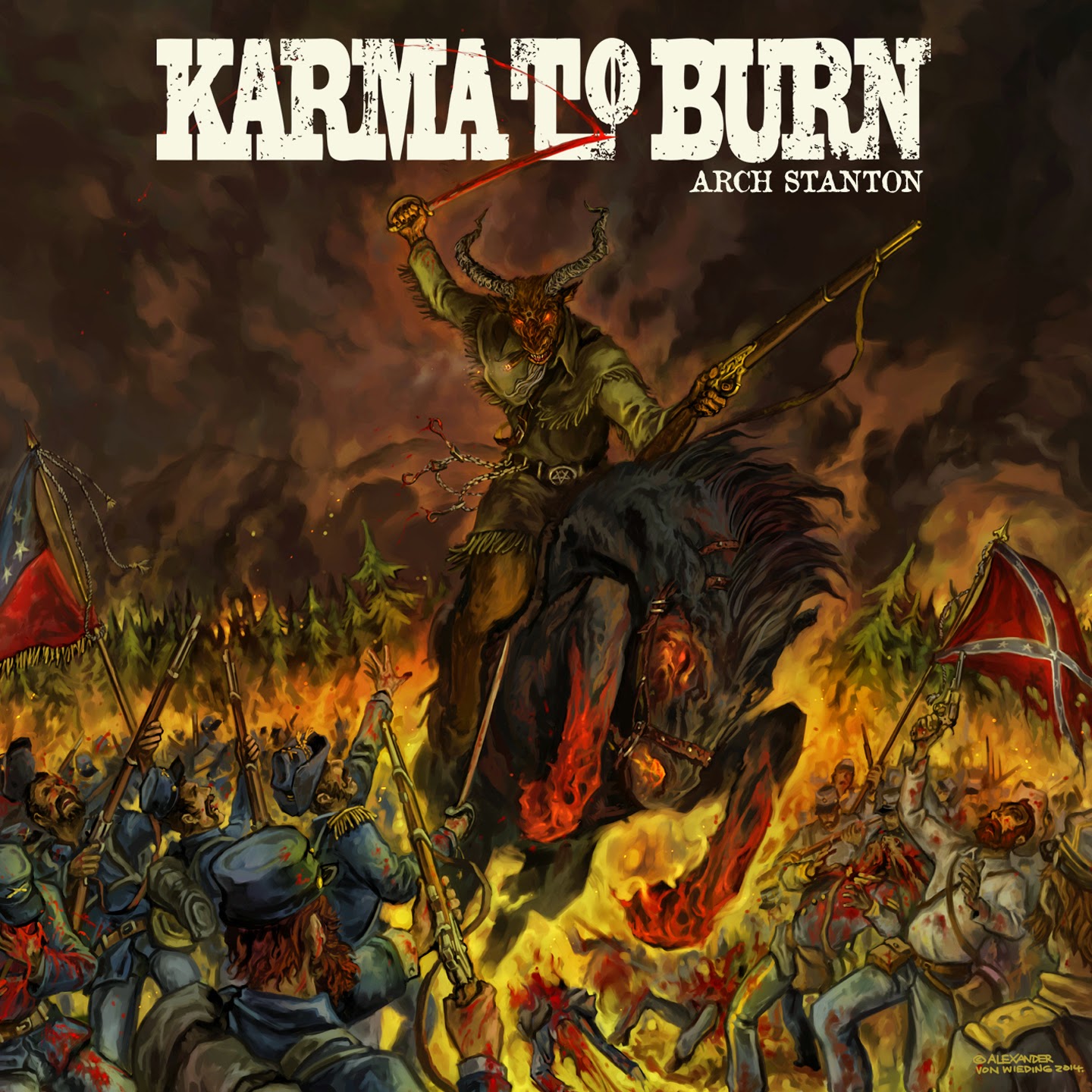 Karma to Burn comes full circle on their blistering, new record, Arch Stanton. The mountain boys from Appalachia returned from the City of Angels and revived their whiskey-soaked riff carnival. In a day of instant gratification and lessening attention spans, Karma to Burn continues to buck the trend and do whatever the hell they want to do. Back in 1993, the industry experts told them they needed a vocalist to compete in the market. They didn't. And over 20 years later, they still don’t.

I thoroughly enjoyed their last two releases on Napalm Records (Appalachian Incantation and V), especially the raw, bluesy cameo by John Garcia (Kyuss, Unida, Hermano, Vista Chino) on “Two Times.” But fans of Karma to Burn don’t come back for the guest vocalists. They thrive on the band’s driving, filthy mid-tempo riffing that should be playing in the 8-track of every 1973 Mustang.

The tracks on Arch Stanton are numbered and one can only guess as to the significance. The distorted bombast of “23” might be my favorite. But then again, all the tracks will have you nodding your head. The production is beautifully simple and in your face, austere and powerful.

Karma to Burn serves up a heavy diet of meat and potatoes and I want another helping.