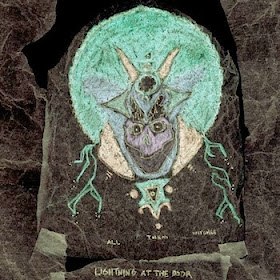 All Them Witches: Lightning At The Door

The tail end of last year delivered an immense amount of heavy music that was quite simply impossible to get through by year end. All Them Witches debut release Our Mother Electricity was one of those albums I just didn't get to in time. The important thing is I eventually did get to it and was lucky enough to share it with you all as a Double Dose post. The southern soaked soul of this dynamic, psyche-delta, doom rock quartet left a lasting impression with me and I was curious to see what these fellas would come up with next. Little did I know they would deliver a sophomore follow up in a years time. With Our Mother Electricity still fresh in my mind, still fresh in my speakers I promptly answered the door when I heard Lightning... knocking. The album begins with a spacey piece of poetry called Funeral For A Great Drunken Bird and some excellent percussion. If Mr. Staebler's drumming genius did not stand out to you throughout Our Mother Electricity, I'd say you didn't listen nearly close enough. His subtle percussion brilliance within the four and a half minutes of Funeral For A Great Drunken Bird should open your eyes and give you some insight to what is approaching. But, how does a musician follow up a climactic builder like Funeral...? Well, one way and one way only. With a dank and stanky track that swings with a power swagger and is entitled something like this... "When God Comes Back". Future rockers, take note. Infectious riffing backed up by some of the grooviest steel trash can banging percussion take front stage. Hear it once and you will undoubtedly hit repeat. The boys hit the dirt roads, meandering with Lightning between some more bluesy based melancholy jams to experimental Indian and Middle Eastern sounds. All Them Witches never fully depart from the Sabbath inspired doom that we all know and love, bringing back just enough to slam the door in your face and rattle your spine. For example, see Swallowed By The Sea. With the magnitude of Lightning's closer The Mountain I realized that this band means a lot more to me now than they initially did a year ago. It such a relief to know that real musicians and artists are out there, they are creating, and we here at Heavy Planet are elated to bring their creation to you. Right on. Right on. 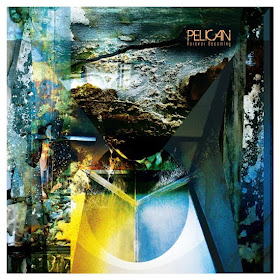 After knocking out a quick write up for All Them Witches' rollickin' Lightning At The Door, what is a man to listen to... I mean it has been a long time since I've had the time to just sit, listen, reflect, and repeat... it's been a long time since I've written anything for the 'Planet. Please forgive that. I certainly haven't forgotten about this place. So as I sit alone peering out the window into a icy and white winter-land over the smell of a warm tobacco pipe and a glass of Tulamore Dew I hit play on Forever Becoming the latest from Chicago's finest instru-metal'ers. Who knew what to expect from Pelican this year with long time friend and band member Laurent Schroeder-Lebec no longer part of the whole. Would there be new sound, a lighter, airier style of tunes, maybe vocals? I mean we did find some on the 2009 release What We All Come To Need. Forever Becoming begins with some isolated, very distant sounding drumming that steadily builds with the squeals of electric instruments and an X-Files theme sounding set of keys. This is Terminal. A brief introduction, but critical to the foundation of track two Deny The Absolute. Within moments Deny The Absolute solidifies Pelican as THE definitive instrumental musicians of this generation. Noticeable is the reflection of their past and pivotal post metal releases, music that created a genre all its own. Deny The Absolute has the gusto to entertain even the most unlikely listeners. The Tundra and Immutable Dusk bring back memories of their mammoth 2005 release The Frost in our Throats Will Beckon The Thaw. These tracks emit monstrously heavy wavelengths of sound that create an avalanche between the ear drums and mind. The album fully ascends with Perpetual Dawn, a culmination of everything that is Pelican, a distant reverberation of electric buzz transforms into mind tingling riffing within the first thirty seconds. The nine and a half minute micro-symphony follows a formula that only Trevor and the crew know, twisting through the most tangled of sonic forests and quiet caverns. The tracks final five minutes dynamically shift in ways that aren't describable, you just have to experience it. In the end that is what every Pelican album is... not so much music or notes strung together but a life experience. Thanks guys for staying true.