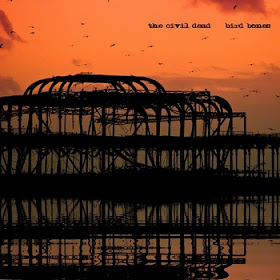 Droners unite! This first dose will take some patience, but fans of Earth are sure to enjoy The Civil Dead's summer 2012 release Bird Bones. The brains behind the project, Christopher Langer, resides in a strange realm where drone collides with some interesting genres like folk and western music. Like most good drone jams an overwhelming feeling of isolation blankets the listener. Bird Bones is a small five track EP, but spans an enormous forty minutes. Spin my favorite track Bird Bones (Nest of Teeth) below and check the rest of this fresh drone at bandcamp. 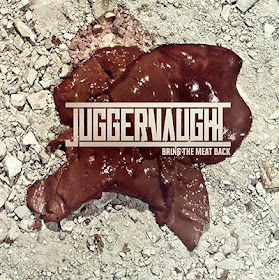 Juggernaught: Bring the Meat Back

This weeks second serving is a testosterone-infused South African quartet labeling their murky classic blues as MAN-ROCK. Juggernaught got started in 2008 with a relentless touring schedule, playing some of the biggest festivals South Africa has to offer. Late in 2009 the four-some released their debut Act of Goat. In 2012 Juggernaught continued with tradition, slingin' ax heavy guitars and pounding their chests with whiskey soaked fists, producing and releasing their sophomore effort Bring The Meat Back. Check out their latest video, title track, Bring The Meat Back in all its' meaty glory!