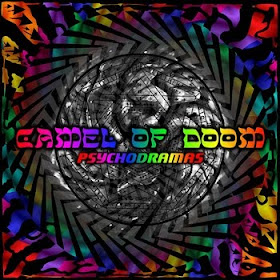 Camel Of Doom: Psychodramas: Breaking the Knots of Twisted Synapse

Huddersfield, UK (so very close to the rock hub of Leeds, UK) is home to a brilliant one man machine known as Camel Of Doom. Mr. Kris Clayton is the talented young lad at the helm of this Camel. He began this journey some ten years and six albums ago. After pulling together a band to play gigs, dissolving, line-up changes, playing for another band you may very well know (Esoteric) and re-materializing Kris decided to go it alone for Camel Of Doom's seventh and soon to be released album Psychodramas: Breaking the Knots of Twisted Synapse. Here listeners will find a variety of influences from death metal to 70's era progressive rock, but Camel Of Doom always stay firmly rooted in doom. Throughout the album Kris uses a plethora of vocal styles ranging from hardy shouted lyrics to darkened growls, while the dynamic guitars cover a vast range of genres. The release is made up of eight tracks running sixty minutes. Forty of those sixty minutes come from only three leviathan songs; The Anger of Anguish, From the Sixth Tower, and Machine of Annihilation. The remaining five songs act as connectors between these mountains. This is truly a monstrous feat considering there was only one individual manning all stations. Therefore I feel confident in describing him as brilliant. Get over to bandcamp to take The Anger of Anguish for a spin and mark your calendars because the entire album will be available for purchase December 3rd on Amazon, bandcamp, iTunes, and Spotify! 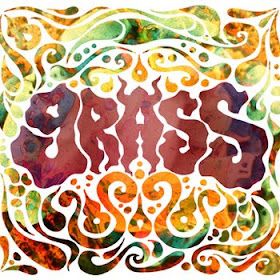 Recently, I've had a hard time listening to any extra curricular stoner rock, focusing my time on other genres. There's a time when it seems stoner rock is hopeless and nothing fresh can possibly put you in the mood for the likes of a Kyuss inspired head-banging fit. Suddenly a group of Spaniards come knockin' with a new bag of Grass restoring my faith in the style and enslaving my head and neck to their version of the almighty and eternal RIFF! Lets just get this out of the way, nothing new or ground-breaking is happening here only thought-out and herbally-calculated stoner rock. The release is labeled a demo but in no way sounds like a demo. The RIFFS are what is expected from a stoner rock group, yet original enough to snap me out of my stoner rock funk. Grass display a cohesion which sounds as though each strum, beat, and sound attract to and support Dani and Ofer's gratuitous RIFFS. Grass's Demo 2012 reminds me why I've enjoyed this style of music for such a long time. Check out my favorite track Sank in the Mud below and then head over to bandcamp, because this demo is FREE and its hard to argue with that price tag!