New Band To Burn One To: SUN PREACHERS 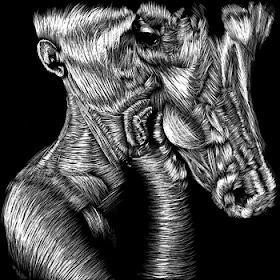 Founded in 2006 in Bordeaux, France, the band plays a kind of mix of the 70's hard rock cult and more obscure bands, from Black Sabbath and Captain Beefheart to Sir Lord Baltimore and Edgar Broughton Band. After the recording of a first unreleased demo, "Beauty of Perversion" in 2009, the band is released a brand new album, "Faces of Ashes" in May 2012.

"First off, I must apologize for not featuring this band much sooner. The music on their latest release "Faces of Ashes" has a very retro feel and attitude. The album contains five stick to your ribs hard rock songs with killer riffs and a sweet hammond organ fulfilling the sound as the harsh vocals reminescent of Lemmy and Phil Lynott demand your attention. Some of the best music ever made came from the seventies and this band has no problem honoring their rock heroes with their own brand of hard and heavy rock n' roll. Check out the tracks "Spahn Ranch Campfire" and the epic hard-psych trip "Nail King". Great stuff!"