New Band To Burn One To: SHININ' SHADE 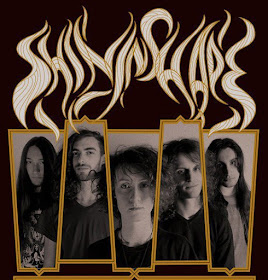 Shinin' Shade formed in April 2005 from an idea of Allen Kramer and Roger Davis.
In early 2009 a self-titled demo was released for Moonlight Records, then original drummer left the band, being replaced by Mike De Chirico.

With him the band record their first full-length (also self-titled) in 2010, and released it during the same year. The final line-up change came in late 2011, when Jane-Esther Collins joined the band permanently as lead vocalist and so with her the new Ep "Slowmosheen" is released in January 2012.


"With an impressive resume of opening up for such luminaries as Baroness,Pentagram and Electric Wizard, you will soon see why there is such a buzz surrounding this band from Parma, Italy. Combining bone-chilling female vocal prowess to eerie doom riffing and a progressive psychedelic swirl, it will be hard to get this amazing band out of your head."