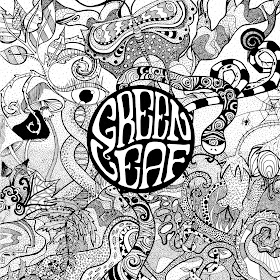 What exactly does Small Stone Records look for in a band? Everything I’ve heard on Small Stone is good, raw and heavy. What’s the other factor? I’m curious since they don’t seem to release bad music in my opinion. Whether it’s Lo-pan or Greenleaf, there are always long chromatic riffs, melodic vocals, and ferocious drumming. Production value must play an important role. They tend to like bands that go for the classic analog sound, rather than state of the art digital production. Some of the bands fit more appropriately in the 70’s than now. Greenleaf is one of those bands, and one of the best.

Pushed to the forefront of the stoner rock ilk by a powerhouse drummer (Olle Mårthans), Greenleaf writes songs to drink to, songs to drive to. They have been around for a decade with different lineups in different configurations (features members of Dozer, Truckfighters), but on their latest LP- “Nest of Vipers”, they got it just right.

The entire record is full of intense drumming, Deep Purple guitar riffs, classic rock melodies and an overall vintage production. This is the kind of band, it doesn’t matter what song you’re on, it’s one continuous stream of awesome. The singer (Oskar Cedermalm) is more grunge than metal. It’s hard to tell if he listens to classic rock or anything post-Radiohead. I feel like Greenleaf could have happened in the 70‘s and it wouldn’t have sounded any different. To be truly IN a certain era from the past, one must stay pure and not be ‘too’ open-minded to the point of too much variety. That was the reason an artist like David Bowie got attacked by critics, for changing character every album. But needless to say, Bowie was awesome. But that’s solo artist stuff, Greenleaf is a band. Few bands can present a sound that’s so clear and precise to the public, it grabs their attention for being honest and direct. Perhaps that is what Small Stone saw in Greenleaf, a band that had not been distracted by the lure of mainstream, stayed true to the music, and delivered the goods on every album.

A notable feature of “Nest of Vipers”, is the use of the drums as a lead instrument. The opening track- “Jack Staff” holds a strong repetitive beat that reminds me of The Jesus Lizard. In my personal favorite, the mostly instrumental- “Tree of Life”, tribal rhythms circle you with gripping snare hits and unexpected chord directions. You’ll hear in “Dreamcatcher”, fuzzed-out guitar leads and wildly impressive drum fills. They say John Bonham took drumming to a heavier level. This guy takes off where Bonham left it. A more than competent musician, he shows his chops like Keith Moon, commanding a wide range of dynamics from part to part. The first thing to notice when listening to bands, is the drummer. If he sucks, there’s usually no point in going further. If he’s great, there’s no ceiling to how high the energy can get. The title track, placed last, is as epic as anything. A full-on prog rocker with a psychedelic vocal intro that falls into a choir-like chorus, making this the pinnacle of the album.

This kind of music isn’t for dissecting, you just have to listen. But I will say, there’s something going on in Sweden, for a while now, even in other genres, whether it’s Little Dragon or The Knife or The Soundtrack of Our Lives, Sweden is putting out the best music of the times. Mix that with the ears of the people at Small Stone, it’s a winning combination.

The members of Greenleaf are: 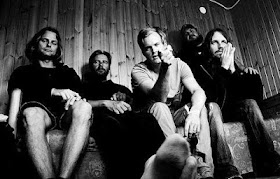