New Band To Burn One To: SUPERPUMA 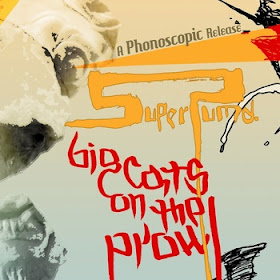 SuperPuma formed in the summer of 2007 and they play loud rock 'n' roll with experimental / blues and alternative / punk elements. They have appeared occasionally in various Athenian venues.

In 2009 they recorded a four track demo in mini-cdr format and DIY feel entitled «Speed ​​The Plow».

They just completed their self financed first full length album titled «Big Cats on the Prowl». It contains 9 new tracks and the first 500 copies come with a 36 page comic booklet designed by the bands guitarist.


"SuperPuma is a very eclectic mix of heavy rock, twangy cowpunk, and suberb weirdness. With semi-spoken vocals, hard-driving rhythms and gilded riffing this Greek band gets caught in a whirlwind of straight-up rock (One World Nation) and unexpurgated epicness (In the woods...for love (a history in my veins). With SuperPuma, there is enough heaviness and uniqueness to set themselves apart from most of their musical counterparts. Some really cool stuff. I dig it!"