New Band To Burn One To-MAMMUT 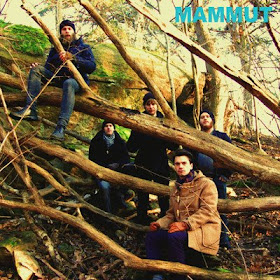 Mammut has got it´s roots in 2003 when Johan Hedqvist, Johan Eliasson, Jonas Wedin and Daniel Bergström went to the same school outside of Stockholm, Sweden. They were 15 years old and played some punk and Iron Maiden-covers in a garage. Names and line-ups were changed over the years but the band took it´s final form in 2006 when drummer Daniel Lyngman joined the band. The band name was leChuck, after the computer games pirate, and after loads of demo recordings and live shows the band was playing stoner rock mixed with sludge and doom influences. The lyrics being in Swedish the band name was changed to Mammut in late 2011. Homunkulus, the band´s debut EP, was released early 2012. Influences are Swedish heavy metal band November, Kyuss, Sleep, Neurosis, Kylesa, ISIS and early Iron Maiden among many others.

"Well folks, there must be something in the water in Sweden that helps create some of the finest Stoner Rock music in the world. Mammut from Stockholm is another fine example. These gents inject a ton of fuzzy riffs, a suave vocal approach and a penchant for punk-infused heavy metal into the four songs on their debut EP "Homunkulus". With lyrics sung primarily in their native tongue, you can immediately detect the the band's influence by the killer grooves, progressive rythyms and erratic drum surges on the opening self-titled track. There is a glimmer of sludge and heavy blues on the remaining tracks but for the most part this is just some damn good rock and fucking roll."