New Band To Burn One To: Gévaudan 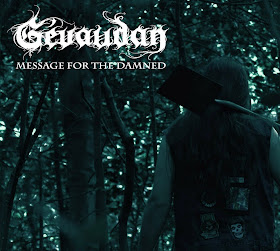 You ever get that feeling of your guts being pulled out by the fistful by a thousand savage beasts? Of course you do, but if you’re not fully sure, listen to the riffs pummelling through the heartline of Gévaudan, and you’ll have a fair idea of the intensity that the made-up situation preceeding describes. Gévaudan are a mighty doom/metal from Befordshire/Hertfordshire, UK, perfectly echoing the legend of the beast from which their name stems (Man-eating wolves or wolf-like animals terrorised the former province of Gévaudan, in the Margeride Mountains in south-central France between 1764 and 1767. Victims were often killed by having their throats torn out). The four-piece are at times brutal, and at times mesmerising, they can suck you in to gentle heavy stoner rock playing, and then the waves of Doom pin you down, as their metal savagery rips your throat out.

The band are releasing their debut EP Message For The Damned on Dec 13th, three tracks of intense dark heavy brutality that carry a mighty sound that comes through many years and many records, so it’s all the more impressive to hear such an assured start on the band’s debut EP. The vocals of Adam Pirmohamed carry hints of traditional English doom, almost powerful classic rock tendencies, that is until the demon inside him spews forth and the modern metal overlord bellows out the deathly overture, all this is perfectly intertwined with the pummelling, relentless, riffs that is the glorious definition of the band.

Gévaudan keep their influences close to their heart, with the domineering spirits of Black Sabbath, Goatsnake, and Electric Wizard forming a steady pallet, but with the combination of the face-melting riffs, and gloriously unsettling vocals, Gévaudan are carving out a little foot hole in history of their own. Watch this space! 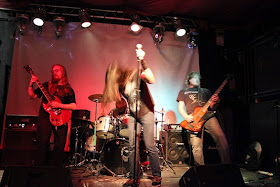