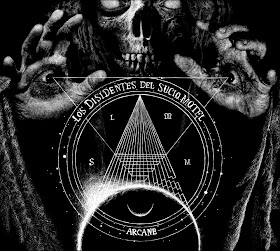 If you’re driving your car and need a soundtrack for your road trip, LOS DISIDENTES DEL SUCIO MOTEL is the band you definitely need. Stoner rock act with a grindhouse atmosphere, where Vincent Vega would cross the path of General Lee at Joshua Tree, the band offers the perfect mix to fill your nose with sand and your ears with heavy riffs !

The Maverick brothers are not only rocking stages, they also have a growing discography including one EP, one split 7”, a DVD and their debut album “Soundtrack From The Motion Picture” on respected French label Deadlight Entertainment (home of UNDERCOVER SLUT, PRIMAL AGE, LOADING DATA). This first album has been highly acclaimed by both fans and the media and became the leading name for France’s stoner rock scene.

In 2012, the band released a split 12” with their long-time friends and fellow label bros FLASHFALCON. Mixed at Warmaudio, mastered by legendary producer Glen Robinson (AC/DC, IGGY POP, RAMONES) and once again released on Deadlight Entertainment, the band presents 4 highly praised tracks, confirming their solid reputation on the French scene. In February 2012, they entered Cube Studio to record their 2nd album “Arcane” to be released in the beginning of 2013.

With all that being said, Heavy Planet is proud to to present the exclusive worldwide full album stream of "Arcane" by Los Disidentes del Sucio Motel.

Crank it up and enjoy!