New Band To Burn One To: DESERT DOLLS 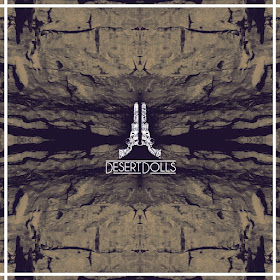 Desert Dolls (Formerly known as Lyonesse) are a Stoner Rock band based in Mexico City, MX. With a wide variety of influences including blues, classic rock, southern rock & indie, creating a sound that is both unique and pioneering within the Mexico City scene.

A night filled with non-sense and hard drinks, two speakers playing lame music and three overjoyed gentlemen talking about their favorite bands were the first signs that something was about to materialize. Aney and John, alongside former drummer Panu, came up with the idea of forming a band on summer 2009, but it was until December that they finally got together and played some music. After a couple of rehearsals they found out it was worth everything, and started to look for a bass player, a well known endangered specie in Mexico City. The band took in various bass players (Chesky and Papas II) that decided to play along. Eddie joined the band to upgrade the drum session and now the setting was ready. As soon as the started to play, the songs metamorphosed into finer pieces of rock & roll howling from the most populated city in the world. Ladies and gents, we're proud to present to you the DESERT DOLLS! CHEERS!!!!


"Mexican band Desert Dolls kick up the dust with a remarkable blend of rhythmic bass lines, killer hooks and head-bobbing grooves destined to get your ass moving. This band has a really cool vibe that is very infectious. Check'em out!"