For the next 24 hours, Heavy Planet is proud to offer to you a free download of "Lumbo Rock" from Ripple Music artist Mos Generator's 10th anniversary edition of their debut album. Below is the press release and the free download link. Enjoy! 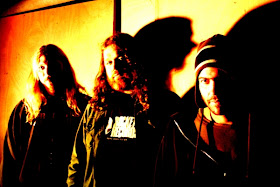 Port Orchard, WA - Mark it on your calendars, the deluxe edition of the debut Mos Genrator album, featuring a full length LP, a CD with previously unreleased tracks and a full incendiary live concert, and a digital download of further live, demo, and jam tracks will be available throughout North America on April 10th, 2012! In conjunction with Nail Distribution, Ripple Music is proud to announce that this quintessential debut album and amazing musical package will now be available to a wider market of insatiable rock n’ roll fans.

And this Thursday, March 22nd, 2012, Ripple Music will make the lead track from the album, "Lumbo Rock!", available for free download exclusively at Heavy Planet! The free download will only be available for 24 hours, so if you haven't heard Mos Generator before and want to know what's what, now is the perfect time to dive in!

“This Mos Generator package is one of those sets that speaks to the lifelong Mos fan, as well as those who are discovering the band for the first time,” states Tony Reed, singer and guitarist for the band. “It was a goal for myself and the label to create a package that was affordable, something that looked cool, and was packed with some special moments from the bands ten year history.”

Featuring over two and a half hours of music, the Mos Generator 10th Anniversary Edition was designed with the music fan in mind. The package includes three popular formats for listening to the bands 70’s-inspired hard rock in the way of 12” vinyl, CD, and digital download, and all packaged in an eye-popping 12” gatefold jacket. 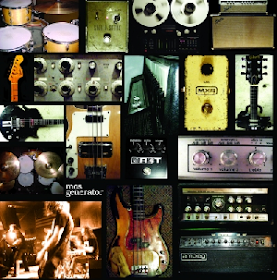 Here’s what the press is saying:

“ . . . like the rampaging inhabitants of a sonic Jurassic Park; thunderously heavy, jaw droppingly magnificent and maybe just a little bit scary. This is music that went extinct many years ago, but against all expectation and logic, here it is alive and thriving in the modern age. 4/5” -- The BCFM Sunday Rockshow

"Of all the second-wave Sabbath types, these guys were and remain by far the most original, with tricky prog tempos, tunefully sludgy Tony Iommi-style lo-register riffage and a sense of humor to rival their sense of purpose. If metal is your thing and you slept on this stuff when it first came out – and a lot of people did, this was before myspace, let alone youtube – now’s a good time to rediscover them." -- Lucid Culture

“Really a fantastic package all around. Once again Ripple Music not only delivers the goods, but they go the extra and exceed all my expectations on this one." -- Heavy Metal Time Machine