New Band To Burn One To - Heavy Glow 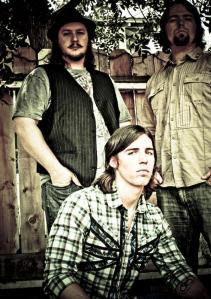 HEAVY GLOW is frequently compared to Queens of the Stone Age, Cream, and Blue Cheer. The band has released two EPs over the past year and a half, their first produced by Stevie Salas (Rod Stewart, Mick Jagger) and released on StockXChange Music Group (Australia.) They have recently released a follow-up EP entitled, "The Filth and the Fury." The EP’s single, “Hot Mess” will be featured in Classic Rock Magazine’s July Edition.

Their music is receiving reviews and airplay worldwide:

Berkley Place Blog writes, “Are they like The White Stripes? A little. But their music is tighter, better organized. Are they like Black Keys? A little, but the vocals are much better and they focus on extended 1970s-style guitar solos.”

“Heavy Glow will rock your world! Reminiscent of days gone by, Heavy Glow has the uncanny ability to transport you to a time when bands rules and auto tune was not even a concept! Classic rock without sounding dated is a great way to explain the Heavy Glow experience!” ~Tim Pyles (FM 94.9 San Diego)

“I don’t think I have heard any other band capture the classic sound of 60s/70s guitar rock as effectively as Heavy Glow…This trio rocks it like it’s 1969.” ~Bill Sullivan The Rock and Roll Report

Here is a bio of the band as well:

Their self-titled debut EP contains six songs that capture the band’s ability to communicate raw, visceral music. Under the production of Salas, who has worked with such artists as Rod Stewart, Mick Jagger, George Clinton, Justin Timberlake and T.I., the EP was recommended by San Diego radio station 94.9 KBZT-FM in June. Singles “It’s Too Late” and “Better Line” received regular airplay on San Diego stations 105.3 KIOZ-FM and 91.1 XTRA-FM as well as podcast play in Italy, Canada and Germany.

The band is often compared to the likes of Queens of the Stone Age, Blue Cheer, and The Black Keys.

According to Mullins the band strives for “hard-hitting, gritty, infectious and melodic rhythms to create a sound that is both informed by the past and undeniably modern.”

With the addition of new drummer Dan Kurtz in 2009, the band released a follow-up entitled The Filth & the Fury. The EP contains 5 new songs all cut with the band playing live in one room over a period of six hours. Singles include “Hot Mess” and “Love Ghost.”

The Filth & the Fury was released January 2010 and is available online through iTunes, Amazon, Napster, and Rhapsody.