The Album Of The Day is "III" by The Fucking Champs. 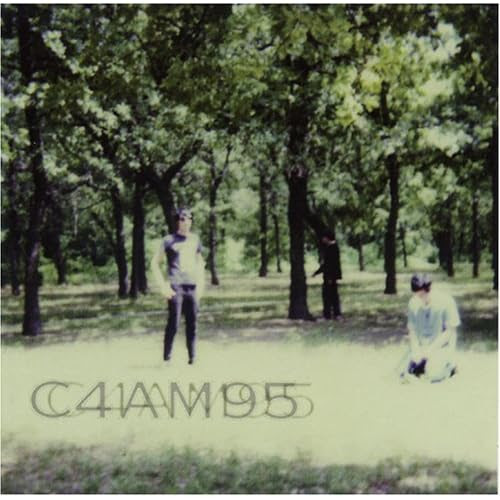 The Fucking Champs' sprawling III boasts heroic doses of metal, electronic atmospheres, and prog rock-like ambition, the fusion of which the band has dubbed "total music." Their devotion to these styles is indeed total: while song titles like "You've Got a Thirst, Portland" flirt with irony, the Fucking Champs have a more-than-healthy appreciation for -- and ability to re-create -- the technical proficiency and flamboyance of their influences. III kicks off with two of its most metallic blasts: "Andres Segovia Interests Me" and "Valkyrie Is Dying," both of which are bombastic, heads-down metal with intricate drumming and tempo shifts and shrieking, shredding guitars aplenty. By "Don the Atmosphere" and "Heart to Heart," the Champs are delving into bittersweet, old-school electronic music. They alternate between blazing metal riffs and icy, Kraftwerk-inspired reveries for the rest of III -- which, in a nod to their proggy side, is divided into four "programmes" and also includes "The Golden Pipes Trilogy." Tracks such as the fractured, furious "Some Swords," the thrash metal of "The Trees," the brooding video game soundtrack "Sad Segovia," and the moody piano piece "Some Swords Reprise" show that the Fucking Champs do the fierce and reflective sides of their music equally well. This duality in their sound, and the late '70s/early '80s retro feel that informs the new wave sheen of "Dale Bozzio" (fittingly enough, for an homage to the peroxided singer of Missing Persons) and the lava lamp-like synths and distant, heroic guitars on "Silent Night, Friendly Night," also shows that the band's eventual collaboration with Trans Am wasn't just inspired, but inevitable. Though III consists of lots of short pieces, it does have a handful of tracks where the band stretches out as they did on their later albums; in particular, "Flawless Victory," which segues from a jazzy post-rock intro into chugging metal theatrics, and finds them flexing their muscles. Like many albums of epic proportions, III sometimes feels scattered, but it's also bold, ambitious, and surprisingly nuanced. The Fucking Champs delivered more focused versions of their total music in their later work, but here, it's dazzling in its diversity. (Heather Phares, All Music Guide)