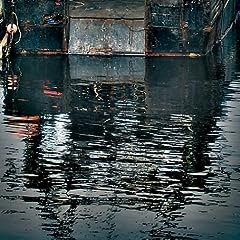 Every once in a while an album comes along that just simply blows you away. In this case, that album happens to be "Hesperus" by Boston twosome 5IVE. Yes, you heard me right I said twosome. The band consists of guitarist Ben Carr and drummer Charlie Harrold. The songs brilliantly transcend from psychedelic jams to doom heavy riffage. The two feed off each other masterfully, creating sonic blasts of orchestrated confusion using well placed distortion and wah-wahs, but in the end finally pulling the entire piece together with great precision.

The 44-minute long instro atmospheric doom masterpiece consists of seven songs with two songs "News I" and "News II" taking up nearly half of the album's total running time. The two songs build up using multiple layers of sound placing a firm choke hold on the listener, then finally letting go leaving you grasping for air only to take hold again.

I enjoy the fact that there are no vocals on this album as sometimes a bad vocal tends to ruin the scope of the music. In this case the music definitely speaks for itself.

The band released its first CD entitled "Telestic Disfracture" in 2001 and a remix album entitled "Versus" in 2006. Unfortunately it took the band seven years to release a full-length album, but overall it was well worth the wait. I truly recommend this album with high regards.