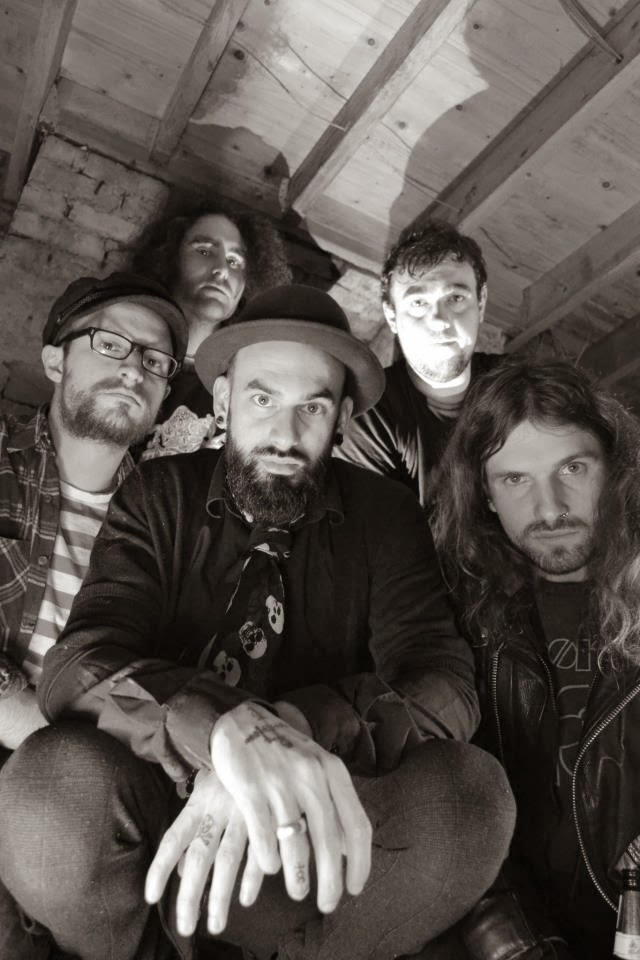 With the imminent release of The Witches Drum's second full length, titled "Adjust Your Receiver", I caught up with bass player Owen Griffiths to chew the fat about their past, present and future, but what begins with some sad news ends with a very exciting announcement for the band and their fans. We at Heavy Planet can count ourselves amongst those fans with several of us giving them the props they so rightfully deserve, so it is with a mixture of sadness and gladness that we offer you this interview and an exclusive debut of their video for the song "(Sing Your Confessions To The) Voodoo Court" taken from their forthcoming album.

It's been a while since The Witches Drum's debut "Future King's Of An Empty Throne" was released. Can you tell us what's been going on with the band since then?

"I guess the main thing is we had a change of guitarist not long after the debut came out. Mat Warren came in - he had one practice then we supported Karma to Burn - trial by fire! After he bedded in on the songs we took time off gigging and wrote the album, then decided to buy some studio gear and Mat's recorded it at his house. That was last summer, we're just finished with it. Unfortunately during this time we've decided that the band has reached the end if it's life, so we're doing some farewell gigs and getting the record out, then that'll be that it seems."

It is a real shame that you all decided to call it a day for The Witches Drum, especially now that you guys have made a lasting impression on the UK heavy music scene, but can you take us back to the beginning, how you all got together and what your collective intention was for the band at the time?

"It all started because of a small club called Tafod in Cardiff - the owner didn't really care about it, it just came with the hotel above, so I blagged the manager's job and started booking bands and club nights - everything from doom metal to drum n bass to folk gigs. Through that I met our original drummer Leo, and Joel (who was working the bar). At the start it was just the three of us, jamming out some noisy psychedelic stuff. Then Fry came on board, then Mike on guitar and it started to get a little more structured, I guess because we realized we had a great vocalist and the ability to write a song."

Since the incarnation of The Witches Drum there have been some unforgettable performances from you guys which no doubt secured yourselves support slots for Karma to Burn and Honky, which is no mean feat. The most legendary performances from The Drum have been at the free 'generator' parties you were involved in. Can you tell us about those, how they came about and the idea/intention behind them? I've heard the words "Welsh Kyuss" spoken with regards to The Witches Drum's DIY ethic and appearances at free outdoor/warehouse/wherever parties.

"Really? "Welsh wreck heads" is probably spoken more often! The DIY ethic was there from the start I think - Fry's been involved in the free party scene for ages, and Joel used to run a squat and play in punk bands, plus with my experience with putting on gigs in Tafod we were never going to be a passive, begging for support slots kinda band. We'd get hold of a PA and play cafe's, warehouses, little bars. Then when summer came, and the techno/trance free parties would go off in the forests and mountains we'd drag our gear up and join in - The Witches Drum followed by 12 hours of acid techno. I think the last one we did was the best - Fry persuaded Spider Kitten, Death of her Money and a bunch of other bands to come play in a muddy field, with the biggest rig I've ever seen. In mushroom season! Total carnage. I think the police turned up at that one. They're obviously more effort and hassle than your average gig, but when you're released from the confines of curfews, door men, smoking bans, buying over priced beer etc etc you can cut loose and not worry about a thing." 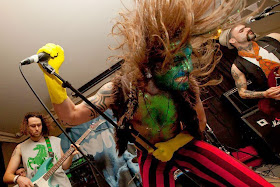 "Welsh wreck heads." Hahaha..That's very true, I can vouch for that.
I think some of the appeal for your fans is the DIY/punk rock ethic you guys have that is born from a tradition and a culture that never really went away since it began here. There is a rich history of free festivals in the UK going back to the late 60's and then throughout the 70's and up to the mid 80's before acid house/rave music came to the fore and dominated the free party scene. There are many great legends of shroom festivals in Wales with some great psychedelic rock bands turning up to play impromptu sets. Hawkwind were well known for this of course. Would you say they were an influence as I can hear a little of Hawkwind's touch on your first album? What other bands would you say The Witches Drum draw inspiration from?

"Yeah definitely influenced by Hawkwind - especially the first few albums. Individually, and as a band we have a pretty broad range of influences - there's the obvious stuff- The Stooges, Sabbath, Zeppelin, Kyuss, Monster Magnet, Clutch etc, but then I've been listening to Bill Withers all day, and I know the others love funk, jazz, blues, dub, folk, rockabilly, techno, punk and on and on. The bands that came out of Wales around the mid to late 90's made a big impact on us - like Acrimony, Taint and Suns of Thunder.  Also I love bands that created their own weird little world around them, and aren't afraid to go a bit over the top with their live show - like Jane's Addiction or The MC5."

The Witches Drum's live shows have become almost legendarily debauched affairs, especially with Matt Fry's crazy stage antics; wearing his bright yellow marigolds and covered in glitter and face paint; it's like a dazzling and slightly dangerous freak show with great music. Are there any live shows you guys have done that particularly stick in your mind as the most whacked out and weird, worryingly dangerous or just plain wild?

"I think the one that sticks out most was in a warehouse in Cardiff about 3 years ago - it was my birthday so we were pretty loose by the time we hit the stage. Fry ended up brawling in the crowd, Joel was on top of a metal joist above the stage, probably not the tightest set we've ever played! There was the one where Joel threw his amp across the stage then jumped on Fry, rolled around on the floor in some glass and put him in A&E- that was the night before we recorded the first record. There's probably loads of stupid shit we did in the early days, but we'll sound like a right bunch of twats if I carry on!" 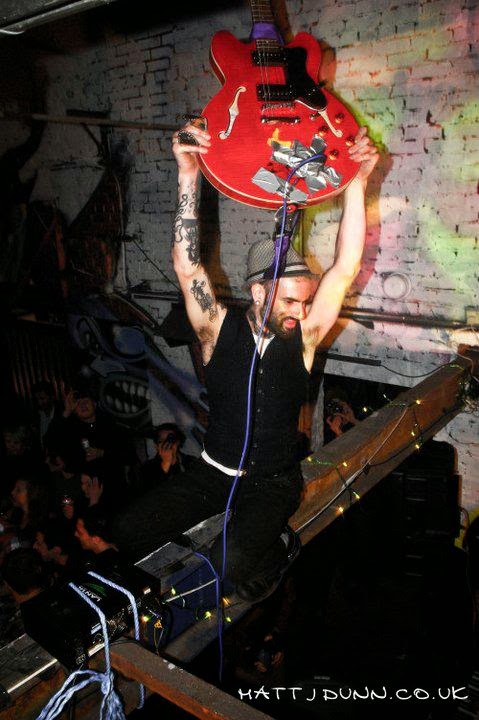 You said at the beginning of this interview that The Witches Drum will be no more after the release of the second album and with a few final gigs in the pipeline you guys are going out in a blaze of glory it seems. But is that totally it for The Witches Drum? I know several of you have various other projects on the go so can you tell us about those to?

"Well you never know what may happen in the future, but at the moment that's totally it for the 'Drum- you have to know when to step off the wave before you get smashed on the rocks. As for other projects Stevo plays bass in HOMOH and Zinc Bukowski, and I'm sure he'll pop up on drums for someone soon, Fry's making electronica in Deformed, Pulsating, Vibrating, and I think he might be jamming some rock stuff as well, and Mat and I play instrumental psych/space stuff in The Cosmic Nod." 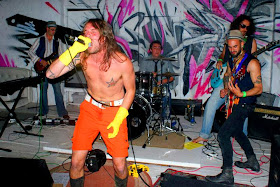 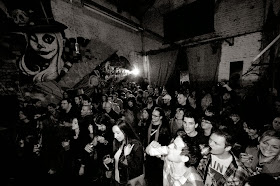 And with that this interview was wrapped up just in time for the announcement that The Witches Drum will be playing this years DesertFest in Camden, London. For our UK/Euro (and everyone else) readers; if you are attending this years DesertFest, be sure to catch The Witches Drum, as along with their mind melting blend of heavy psyche and stoner rock, their live performance is sure to be a highlight of the festival and will be a talking point for a long time thereafter; just like every other The Witches Drum gig. They have that effect on people.