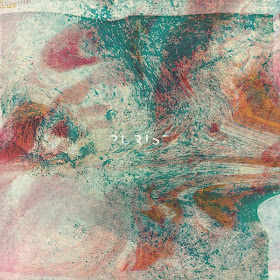 Purist are 4 piece from Memphis who recently released their 3 track self titled debut EP of psychedelic shoegaze doom and for a first release it's a powerful piece of work.

From the airy and drifting atmospherics that open first track "Feral Eyes" Purist launch into a sloth paced behemoth of triumphant doom full of crushing pressure and made with a sound so huge that it grabs your attention immediately and holds it for the duration of the EP. Did I say this is powerful music? It really is.

Track 2 "Rex" opens with a heart wrenching wall of riff that develops into almost uplifting doom with a riff and vocals that makes the hairs on the back of your neck stand up. A soaring guitar lick gives "Rex" a touch of the post metal but with the light and dark play of riffs on display here the contrast between scary doom and encouraging post metal makes this track bittersweet to the ears. It is however anthemic in its dazzling glory and its sheer sonic power is enough to rend galaxies and create black holes. This track is now the soundtrack to my winter.

Lastly there is "Exodus" that opens with a cold but psychedelic breeze of guitars that soar and build tension towards the eventual collapse of body flattening riffs and desperately grr-howled vocals. After the outpouring of sorrowful doom comes a wintery pause of chilly psychedelia again that proceeds to increase the doom pressure to a psychedelic point of popping before a gradual fading of feedback and frosty guitar to lonely silence.

Purist have debuted with a solid EP of 3 powerful tracks that kept me interested throughout and with a standard as high as this already I am certain Purist's future releases will be mind blowing.