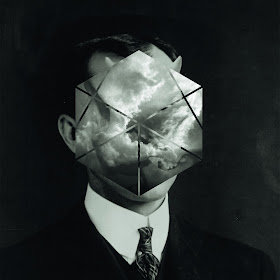 Imagine losing all you've built. One storm blows through and flattens homes, drowns boxes of memories, and removes all comfort and security. The death of one is a tragedy, they say; the death of millions is a statistic. But if you're not there to write or read about it, you're probably just there as a victim. So what's the feeling when you're on the other side of the television?

Brooklyn's Translator Audio recording studio was destroyed when Hurricane Sandy ripped the east coast from groin to sternum last October. Not so collateral was the damage sustained to France's Sofy Major, suffering a loss of all gear and recordings. So what's the definition of hardcore? Starting the fuck over and rebuilding one hell of a sludge-noise record, scrap by scrap. Bet your bottom dime there's more than a whisper of angst here.

Wasting no time and staring convention straight in its glassy eye is the band's sophomore effort, Idolize. I'll never know how these twelve tracks lace up against the original tapes, but the point is moot when it's thrust in your ear with such violent abandon. The opening tandem of Aucune Importance and Comment are equal parts jarring and filthy. These tracks don't chug and churn; they drag, twist, and separate limb from thorax. Jagged promises are delivered one after another like repeated, bony crunches. Sofy Major already have a hook in my lip.

Mathieu Moulin's prominent low-end threads saturate the disc with unapologetic thickness, bubbling toward a swollen burst on Slow and Painful. The noise relents so the sludge can take top-billing, though even the slurred tempos hardly provide relief. And if there's an air of familiarity to Steven the Slow, thank the guest-spotted Dave Curran of labelmates Pigs. Low, loose, and clouded with vitriol, the track is just one in a series of the album's tastiest, sludgiest moments.

UMPKK pts. 1 and 2 introduce a Melvins influence, creeping from a shipyard hum toward a Lizzy-style haunt. Seb utilizes the same strum to funnel into the weirdest vocal you'll hear today. Whether it was recorded in the far east or in your neighbor's kitchen is beside the point. It's troubling and yet somehow cathartic, stomping until the quick-footed Platini can hug the toilet and set fire to your innards. Sébastien Fournet's guitar is an unmanned flare on the track, spitting in every direction all the way through the album's blistering closer, Power of their Voice. Call it an homage or call it your introduction to seminal French noise punks Portobello Bones. Either way, Sofy Major has branded your skin.

I'll admit to pushing noise as much as sludge lately. The marriage is a tricky one to pull off, so to say Sofy Major need to be heard is a gross understatement. Were I knocked so flat, I can't say I'd get back up for another round. This was a record that needed to be made, meaning it's a record that needs to be heard. Idolize isn't asking for sympathy and its crafting certainly wasn't a silver spoon endeavor. You'll be too busy calming your shakes to notice all the blood, sweat, and piss that went into this album. There's no chance this won't remain among my favorites this year.