Sometimes things, when first presented, don't jump out at you right away. Sometimes things seem vaguely interesting upon first encounter, but depending on mood or other mitigating circumstances perhaps what seemed somewhat interesting at first wasn't quite enticing enough to warrant immediate attention, so, perhaps, these things are set aside - physically, metaphysically, subconsciously, not to be explored further in lieu of other, seemingly more pertinent things  . . . at least for awhile. But something about these ignored entities doesn't quite allow for total disappearance into the void of forgetfulness, so instead they languish in their vacuous corner, surrounded by dark matter, building up dark energy, biding time, waiting for the opportunity to spring forth, to seemingly unleash upon their unsuspecting host a power and a fury of unsurpassed quality and content as to render said host apoplectic . . . and pleasantly surprised. How was such incredible content not noticed right away, for it is now obvious these things that had been closeted alongside the mundane and the unworthy not only are deserving of light and attention, but had been in danger of squander, a crime of unimaginable proportions. 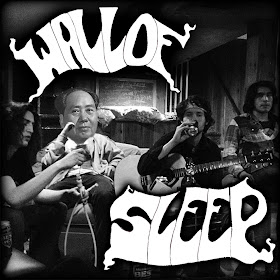 Hailing from Silver Spring, Maryland - basically D.C. country - the three piece band Wall of Sleep have yet to make their mark on the webwide world in a noticeable way, perhaps, other than in one significant aspect, which is, of course, by creating some toothsome psychedelic stoner sounds in their relatively short time as music manufacturers. Forming in 2011 they have released three EPs, and are in the process of releasing another despite having just released the excellent "Mao's Gauntlet" in March of this year. Each of the EPs offers well crafted metal, progressing on each one in craftsmanship and insight, culminating in the superb quality and sound of today's subject album.

The four songs on 'Mao' demonstrate a significant progression in rendering and attention to detail from the band's initial Demo of 2011. The songs here are deep and soulful, capturing a magnificently haunting intensity accentuated by the rumbling riffs of the abyss and a melody ripped from haunted recesses of depravity. The shared duties between O'Rourke and Minnick on vocals and guitar provide an intriguing experience of varying execution between songs. The song writing on each of the four tracks demonstrates an amazing and almost lofty aptitude within the professed genre of stoner, psychedelic metal. The opening track provides memorable hooks ensconced well within gargantuan riffs, scorching solos, and mammoth drum runs. Perhaps the flagship song is O'Rourke's "Parallel", unfolding in a lengthy and memorable twelve minutes in which a melancholy and melodramatic overtone permeates throughout the clever construct. This gives way to the powerful "Seen Our Tomorrow", a slow, steady rumble of force and passion. "Summer Trip Suite" closes out the album in similar style to its predecessor, providing another expanse of primal musical satisfaction of interwoven intricacy and surmounting power.

All of Wall of Sleep's music is available on bandcamp and is well worth exploring, perhaps taking a cue from this fortunate reviewer by not setting it aside in some dark corner where it would be at the mercy of the whims of the universe, for this band's music has earned a significant place in the spotlight of the cosmos, without a doubt. 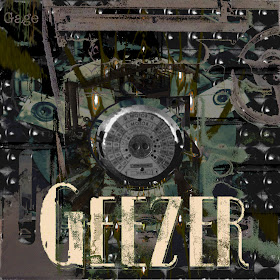 Geezer, too, have been together a short amount of time, forming in 2010 in Kingston, New York. But in the span between then and now they have developed an excellent reputation by putting out two incredible albums, the first being the wonderful "Handmade Heavy Blues" and the second one being "Gage", a four track anomaly of brilliance.

The plan for Geezer this past March was to record one new song for a specific event, but the creative juices were flowing that day as three new songs had been captured during their time in the studio, comprising the bulk of "Gage". To round it out the band included the recording of the only time the song "Dude, It's Molecular" was ever played by them.

The opening track, "Ancient Song", wastes no time establishing the haunting quality of the track and the album with a barbed riff that harpoons center mast on the heart. Massive bass and power vocals soon join in the unfurling of the massive, dark tapestry of this opening song where melody, hook, riff, and solo richly intertwine. "Thorny" kicks in with a power blues riff of an equally haunting and memorable quality. Next up is the awesomely titled "Ghost Rider Solar Plexus" in which the opening blues riff is a gutshot blast of salt and pellets. The melody is a memorable and hook laden adrenalin adventure romp. The bass is a leviathan of low end rumble, the blues guitar forging molten riffs of iron and steel, and the drum work massive and purposeful. The closer, "Dude, It's Molecular", the aforementioned one off, again displays a memorable, soulful blues rock quality seemingly forged in the blazing hot fields of a Mississippi Delta of eras past.

Incredible musicianship is the hallmark of Geezer's EP, a worthy, treasured, and indelible addition to any collection. Available on bandcamp alongside Geezer's LP, "Handmade Heavy Blues"