New Band To Burn One To: MOTHER ENGINE 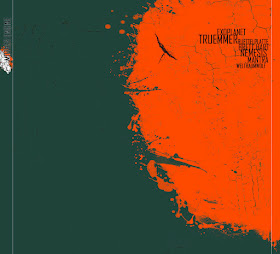 "One thing about instrumental bands is that they can be either really boring or simply amazing. I began listening to Plauen, Germany 4-piece Mother Engine while I was doing some pre-vacation activities and it caught my attention enough to make it today's NBTBOT. When you think instrumental Stoner Rock the obvious comes to mind, Karma To Burn. Well this band sounds nothing like that. There is a trippy far-out vibe to this music that flows throughout the album without feeling forced. While there are your standard stoner rock riffing and groove, you are also rewarded with a mind-altering and climactic journey complimented by a suave and fantastic funkiness. This is chill-out music to the max, music that touches your soul, and an album that makes you get lost in the music. Interesting and complex rhythms are added to this album to keep you guessing where it will take you next. Check out the epic album closer "Weltraumwolf", it slays!!