New Band To Burn One To: SUN VOYAGER 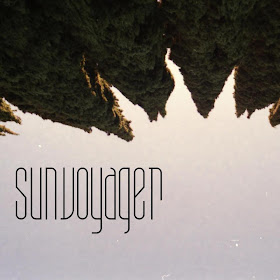 Sun Voyager is a rebirth of the vintage 70's psychedelic/garage rock scene mixed with 90's stoner and desert rock, drawing influences from Blue Cheer, 13th Floor Elevators, Spaceman 3, Black Sabbath, Kyuss, Dead Meadow, Sleep, Radio Moscow, Stoned Jesus, and Fu Manchu. Based out of Orange County, New York, the four musicians see themselves as more of a brotherhood, having known each other for 7-8 years. They vibe on the same musical wave length and set out to write simple songs that groove above all else. Having just released thier first EP titled "Cosmic Tides", Sun Voyager is fighting to make there voice heard in this over saturated music industry by allowing the true nature of art and music to transcend through music sub-cultures.

"There is an awesome buzz about Albany, NY-based band Sun Voyager in recent months and now I can see why and due to the influx of bands received on a weekly basis I almost looked this one over. Granted, it is only a 3-song EP, but it gives you an idea of where the band is headed. Substituting the warm fuzzy guitar tone is a warbly bluesy-twang that sends you swirling into the vortex of another dimension. The songs are slick, mesmerising and  hypnotic, reminiscent of the psychedelic/garage rock movement of the seventies. Opening track "Oh, Sally" shakes and grooves, while "New American City" focuses around a hard driving spellbinding riff. Album closer "Cosmic Tides" is the highlight of the EP for me with it's slow rhythm and hot slide guitar licks. The EP is available for free on their Bandcamp page. Get it now!"