New Band To Burn One To: GREEN SHADE 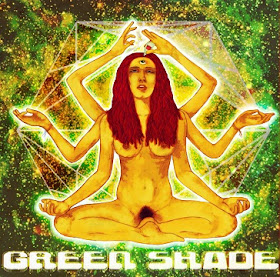 
Green Shade is a Stoner Rock band from Croatia, Vinkovci. We are a new band formed in 2012. This recording is the first recording of our band and this is completely a DIY project (recordings, production, album art, etc.).

It's hard to tell a story about our band because our journey just begins here. We play in this band because we like to play good music, and like to listen good music.

"In this day and age that we live in, social media is the way to go when trying to get your presence known to the masses. Well, try telling that to Croatian stoner rockers Green Shade. The band has started to pop-up recently among the many music blogs out there without much of an internet presence. Now Heavy Planet is one of them and it is easy to see why. The band's latest 4-song EP "Bright Interlude" is a rather exceptional piece of work. From the super-galactic wah-wah bassline of "Sunshine of Your Leaf" (nice play on words fellas) to the mellow Planet-Caravanish intro of epic EP closer "Green Shade...Bright Interlude" the music contained within these 4 songs is a homage to the riff-tastic psychedelic trip known as the seventies. The EP is rounded out by the enormous groove of "Yorgan Mountain" and "Majesty". The vibe and effort put forth by these is authentic and full of passion and is a fine example of what a DIY project should consist of. Forgive me for cutting this short, but I gotta listen to "Majesty" again, that riff is sick!"