I'd like to wish you all a very Metal Christmas and Hard-Rockin' New Year in 2013. I'd also like to thank all of you readers, the musicians who have submitted music to the 'Planet, my fellow 'Planet writers, and most importantly Reg (the legendary gentleman that got this whole shebang started) for making 2012 a righteous year for rock, metal and so much more. Now all ass kissin' aside, I speak in the highest regards, and for my 'Planet brethren, when thanking Reg for letting us "in" to sample and share so much great music.

2012 has been a leviathan of a year for music, but don't we say something along those lines every year? Well, I believe that 2012's best are truly great and will retain a spot in my brain for years to come. Legendary... not quite, at least one cannot say so at this time, but great... definitely. So, throughout the good, the mediocre, and the "what the hell are they smokin'?" we come to the closing of 2012. Now, because we aren't hipsters here at Heavy Planet and we didn't do year-end lists way before they were cool, I would like to share with you my favorite albums that I feel any well rounded music fan should listen to at least, if not own. I would also like to try something new this year and share EP's that I felt honorable enough to hold their own against some of the heavy weights on the podium. So, without further hesitation here are my favorites... 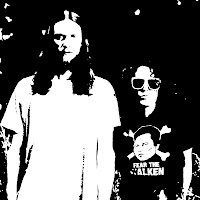 That's right the Nashville duo knocked me off my feet back in July and haven't eased up since. Bang OK Bang's dirty blues have held continuous play on Radio ZAK throughout the later months of 2012 and, if I may quote my favorite track from Chemicals, "Still you need more."

Stand-out track: Above The Surface 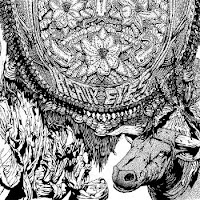 The Heavy Eyes are a trio that made quite the impact here at the 'Planet with their self-titled release in 2011 and have now solidified a place in our hearts with their Demo EP Maera. The guys have literally engineered a RIFF with gravitational force. Think I'm crazy... Honestly try to listen to Levantado once, only once. Its not gonna' happen. This listener needs at least four spins to break away from the magnetic pull. 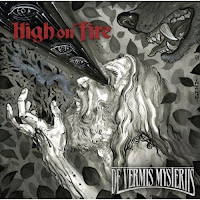 When duty calls Matt Pike and company arrive with sledgehammers in hand. Following up the excellent Snakes for the Divine was no easy task. With calloused hands High on Fire went to work and the outcome, De Vermis Mysteriis, far surpassed all expectations. Muddying the crisp polish of Snakes... and creating an excellent conceptual story-line the trio secured praise once again with purists and new listeners alike. Misha got it right in his review, "Top albums of 2012? Most likely! Instruction manual for the Apocalypse? Possibly. Guaranteed to make your unaccustomed-to-metal-girlfriend shit bricks? 100 Percent."
Stand-out track: Spiritual Rites 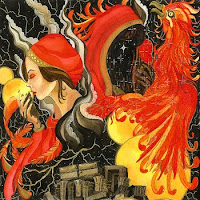 Sliggin' RIFFs so we don't have to, Summoner delivered unto listeners a monstrous full length LP bursting with stoner, desert rock and haunting, psychedelic fuzz in a glorious and "ethereal tapestry". Receiving bounteous praise from Nuclear Dog's album review and Toby's concert review [CMJ Showcase] Summoner was ensured a nod on my 2012 favorites.

Stand-out track: Let the Light In 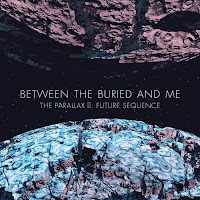 008: Between the Buried and Me: The Parallax II

The brotherhood here at Heavy Planet spend an awful large amount of time gnawing on the doom flavored cut of the big 'metal' steak, but rest assure we do come up from the murky depths to sample the rest of our metal family's cooking. Being a fairly new fan of BTBAM I was happy to discover a fresh conceptual release, entitled The Parallax II: Future Sequence, that ties into past releases. I may not agree with the entire recipe, but BTBAM know how to make a heavy and experimental record. A record sure enough to put a crooked smile on a Mr. Bungle era Mike Patton. And if it reminds me of Mike "Mastermind" Patton, how can it be bad? 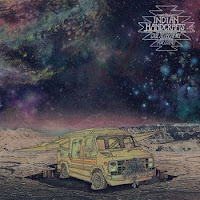 Indian Handcrafts are the dynamic duo who, with only two instruments and two voices, have crafted a depth and texture normally heard in an orchestra. Quite often this term "dynamic duo" may get thrown around without the honest meaning behind it, but this duet truly produced and delivered a dynamic album. Quoting from Nuclear Dog's Atomic Split, "These are the kind of songs in which you discover something new each time you listen through the album." If you haven't lent your ears to this Canadian duet, stop wasting your time. 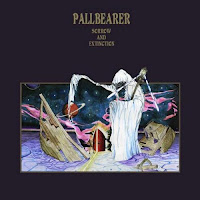 All hype and praise aside Pallbearer have created something truly classic in Sorrow and Extinction this year. Catching wind of an early demo in 2010, Pallbearer ignited my interest with their rendition of Gloomy Sunday, a Hungarian piano song. Now knowing these musicians were ballsy enough to tackle a cover of such prestige I became confident that this true doom quartet were destined for grandeur. Best album of the year, not quite. An album that deserves your attention, definitely. Pallbearer can hold their heads high and be reassured their future efforts will be on the radar here at Heavy Planet and the entire metal community in the coming years. 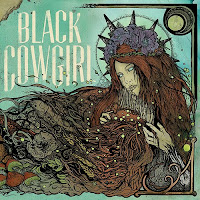 My surprise record of the year! Black Cowgirl sucker-punched me a few months back with excellent cover art and a sixth sense for the RIFF. I'll let an excerpt from my review sum up the number five spot, "...what we have here is truly a 120-proof bottle of the finest blend of traditional rock, grunge and grooves to escape this hilly Pennsylvania terrain." Haven't given the 'Cowgirl a ride yet? No worries, CD's are available here. 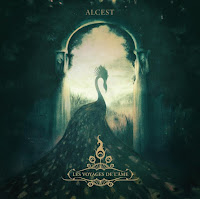 I've been an Alcest fan for a good five years now. Anxiously awaiting each release, I've found myself impressed with the formation and result as well as the reasonable amount of time each album takes to harvest. Neige, guru and the very soul of Alcest, once again has produced a celestial and beautiful form of black metal. Honestly, I'd just as well remove the term 'black' as an adjective from describing Alcest's sound. Moments of bleak intensity are overthrown by aerial soundscapes and the essential 'other-worldly-ness' of Neige's cerebral and spritual vocals and poetic lyrics. Need a break from the stampede of sludge and the crunch of doom, look no further then Alcest and Les Voyages de l'Ame. 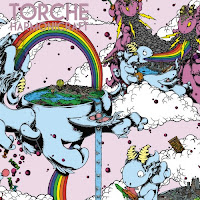 Torche have finally nailed it. Their demented and glorious power-pop impregnated stoner metal some six or seven years ago. This completely new and catchy sound has since been welcomed on my playlist... only in small doses. The songs were all good, only something seemed to be missing. Whatever the missing link was, Torche discovered it and plays it in spades throughout Harmonicraft. The album is relentlessly fun, eternally catchy, and full of the hooks that every mainstream pop rock group wish they penned. My personal favorite track, Solitary Traveler, is a more introspective and chill piece; setting it on top of this baker's dozen, in my book. 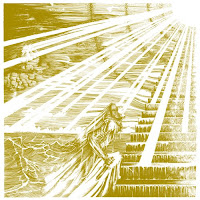 002: DAWNBRINGER: Into The Lair Of The Sun God

My thoughts are that Dawnbringer has once again gone unnoticed and under-appreciated in 2012. The group earned my seal of approval earlier this year as part of the 'Planet's "Double Dose" feature. If you've missed Chris Black's project until this day I can forgive you and now offer another chance to properly introduce yourself to this genius effort. Dawnbringer are devoted metal scholars who have put long hours and aptitude into a one of a kind album, breathing life into a stale sound all while proving their relevance. Having said that, I also feel this album title and artwork are the best and most original 2012 has to offer (and that's up against Mr. Baizley's Yellow & Green cover). Order your copy from Profound Lore before its to late! 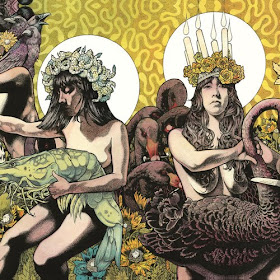 Most will not be surprised that Baroness' colossal double album Yellow & Green is my personal favorite release this year. Baroness' mentality and creation here is the sort that scares and challenges all fellow musicians to "step their game up" and forge something new. Focusing more time on song structures and writing the band dropped their defenses, their strictly heavy guitar work and gruff vocals for melody and harmony, leaving themselves vulnerable to the backlash of fans and peers alike. The conclusion? A mixed bag of anthemic rock, pop-sludge, uplifting instrumentals and reflective hymns. Literally something for everybody. The band, having lived through the trauma of a terrible bus accident and over-coming some very serious injuries, are thankfully healthy and exercising their music muscles with hopes to be back out performing as soon as possible. Now that's hope we can believe in.