Today, dear and beloved followers of the doom, I will introduce to you two fine collections of metal music that fit nicely into the type of music we like to play, to hear, to enjoy, and to experience at Heavy Planet. The music of both bands in today's Atomic Split feature is quite refreshing in its originality and uniqueness, set apart from anything that might be mundanely classified as strictly stoner, doom, or psychedelic. One of the more exciting bands that make Small Stone Records home is Gozu; popular, powerful, and well established with earlier releases that have garnered a mighty following in the underground arena, and now releasing a new album that is brimming with, at the very least, anticipation and excitement. A relatively unknown act hailing from Norway without much history upon which to draw, Spectral Haze are relying here strictly upon the strength of their music. Today we review both and see how they each fare. So, without further adieu . . . 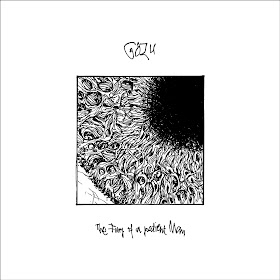 GOZU - "THE FURY OF A PATIENT MAN"

Gozu have enjoyed a level of success to this point in their career, due entirely upon their superb brand of stoner/doom music, garnering attention both with their initial 7 track EP release in 2008 and the release of their 2010 LP "Locust Season" on the Small Stone Records label by playing music that is deep, rich, and unique in much of its melodic makeup. The masterful riffs are ever present, blending a wonderfully rich texture of distortion and heft with a modicum of head snapping  funk. A unique and wonderful feature of Gozu's sound are the vocals, which are vibrant and athletic, combining with well crafted melodies that are always intelligent as well as pleasing. With such a high level of accomplishment for their EP and for the "Locust Season" LP there is no denying the anticipation accompanying the 2013 release of their second LP for Small Stone Records.

Gozu's band members, hailing from Boston, are listed as:

When you listen to "The Fury of a Patient Man" for the first time, as a fan of Gozu and their past music, you will instantly and immediately be filled with a sense of . . . not quite relief, really, but of satisfaction, because you will recognize what you know without yet knowing it, which is exactly what you want as a devotee of a band and their past accomplishments, music that is at once familiar and fresh. Familiarity is evident immediately, and freshness soon follows as song by song unfolds with Gozu's signature sound and quintessence.

Gozu not only continue cranking out their muscular and deft brand of metal, but follow their previously established method of styling their songs after pop culture icons. One of the most notable on the new LP is the song "Charles Bronson Pinchot", a quick and melodic tank ride that combines adept and muscular riffs with Gaffney's spellbinding vocals. The song turns out to be brilliantly titled as it combines the sinewy fury of Charles Bronson with the more cultured overtones of Bronson Pinchot.

"Snake Plissken" makes an appearance in the penultimate song showcasing a more direct vocal delivery combined with hairy, heavy guitar licks in a cage match delivery of blow upon blow of sound and fury.

Drawing upon their EP from 2008 Gozu have included "Traci Lords" on "The Fury of a Patient Man", and we can only guess as to why. The song is quality, as is all the music on any of their three releases, and certainly worthy here of inclusion among the nine original offerings.

Gozu have not disappointed in releasing their second full length album as "The Fury of a Patient Man" is stellar in delivery in every way and deserves aught but positives and superlatives for the work within it. This is a significant album, not only for Gozu, for Small Stone Records, for the stoner and doom genres, but for metal music in general because it conveys quality throughout, in every angle and plane, whether relishing the superb guitar work, marveling at the gifted clarion vocals, or basking in the melodic construction of each song. It is quite simply a landmark album. 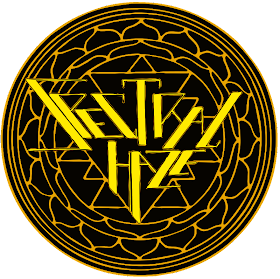 I am not able to tell you much about Spectral Haze. I don't even know who the band members are. They hail from Oslo and they have a 4 song EP available on bandcamp.com or soundcloud.com. And that's all you need to know outside of what you will learn when you listen to these four 'little' tracks.

The music is a psychedelic romp through fuzz and distortion, led inexorably onward by eerie, screaming vocals that startle and haunt, but never get in the way of the beautifully crafted and delivered guitar riffs that mesmerize you through to the very core of your rock n' roll soul.

The songs tend to quietly build in tempo and power eventually reaching an amplitude of magnificent levels that paves the way for payoff as the guitars carry out a melodic hook of exquisite delivery and caliber before abating back to the haunted environment of the opening, which is a near perfect description of "Kali Magick (Stepping Outside of Time).

The gradual climb to climax on "Kashf (Gaining Familiarity With Things Unseen Behind the Veils) is delivered with more fuzz and distortion than the previous track, and is a slower power climb to the all out delivery of overdriven amplification.

Each song on this EP is a slow and satisfying power trip through a psychedelic landscape of vibrating strings and haunting melodies surrounding guitar hooks of exquisite delivery.