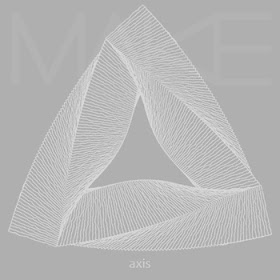 Sometimes the terms "LP" and "EP" are misleading, primarily because they're so heavily misused. The UK's Official Charts Company actually has rules on the terms, but most listeners (and likely many bands) don't give a shit what you call it so long as it's worth the money. Whether serving as a preview of what comes next or an extension of what you've already enjoyed (or dismissed), EP's have grown far beyond the punk/indie/DIY purists' elitism and now litter the catalogs of every genre.

Earlier this year, Heavy Planet featured Chapel Hill's MAKE with their full-length Trephine, an atmospheric sludge stunner that immediately cemented itself on more than a few best-of leanings. It didn't take long for the band to quickly begin work on a follow-up LP, but guitarist Scott Endres felt an EP was a natural layover:

"It's not necessarily meant to be a cohesive statement but rather ideas we had which didn't necessarily fit in with the material we've been preparing for the next LP. I suppose we could have added a few more minutes to this and called it a short LP but this isn't the statement we're looking to make in following Trephine."

The explanation alone entitles MAKE to call Axis whatever they'd like. Thirty-plus minutes spread over (or delicately spanning) three tracks had better deliver, regardless of classification. Having no clear glimpse of what a future full-length could truly hold, we can look back and see Axis as neither a departure nor a shift to neutral, though MAKE's signature is clear. Using solitude and isolation to somehow, amazingly, craft comfort and warmth in a sea of drone progressions and sludge kicks, MAKE compose Axis as a statement independent of anything they've previously accomplished.

The seventeen-minute opening title track is ominous without alarms, slow and patient without being a drag. Endres' evolution from guitar drone to gentle screeches accompanies Spencer Lee's buoyant thumbings, cutting and pasting with calculated precision. Without the use of vocals, the tiered delivery remains grounded enough to spin a sonic story, gorgeously littering a barren tundra with somber plucks. Axis is haunting, all-encompassing, and wholly welcoming, despite its jagged claims to the contrary. With a little help from some awesome grinding riffs, the track steadily evolves, rhythmically rising and buzzing with a disregard for every surrounding attack. The whitewash funnel of ultimate acceptance and undeniable gravity returns the drone, but there's enough going on here to plunk any listener for a second helping.

The more immediate Chimera revs and rolls by comparison. Lee's vocals are as percussive as they are narrative, with pleas morphing toward growls. Rhythmic underlayment burns and chugs with repetitive schlepp while drummer Matt Stevenson encircles every sailing lick and bass thread. The chaotic swirls of guitar clutch tempos and carry out this spinning beast, leading directly into The Sleep of Reason Produces Monsters.

The awesome drone re-emerges as footstep drum-taps fade in. Tagged with shrouded, hazy atmospherics, Sleep operates on the ideal that restraint, when delivered so delicately, commands attention. We know this about MAKE, but on this progressive drift into nothing and everything, it becomes more clear than ever that the soft rain of elemental marriages is no less riveting than the band's crushing devastation. They don't need to provide balance, but it's worth noting that MAKE's comprehensive sound demonstrates unmatched depth and range. Hell, they even throw in piano, effectively closing this "EP" on a wing of cracked hope.

If Trephine was Point A and Point B remains just ahead, stopping for the night with Axis as the perfect roadside attraction is a worth every moment. As expansive and complex as these songs can be, MAKE remain committed to their audience by alienating them. They're never gonna insult your intelligence, they're gonna let you figure out things on your own. That alienation develops into self-realization, acceptance, and embrace. We can't wait to hear that forthcoming LP, but in the meantime, Axis stands on its own as a triumph in cold-crafted comfort. Sounds strange, doesn't it?