Disparity, variety, and miscellany are the name of the game again today, ladies and gentlemen. ( I wonder how many ladies do read our posts. I hope it's lots. ). We offer up two bands, two albums, two sounds that both fill up their respective, but opposite ends of the golden basket of Heavy Planet music. Stone Roots offer up music that could almost be classified as Americana with some Country influence, except they must have found their instruments at a Five Horse Johnson yard sale because the riffs are huge, heavy, and chock full of delightfully distorted fuzz. Great Western, on the other hand, having surely procured their own instruments from whatever sources rock bands procure them from, are a hard hitting, punch in the mouth, sludgy, grungy meat pie of a hard rock band, providing straight up rock that is juicy and lip smacking flavorful. These bands may not sound much alike, but they bring their guitars and their heart and use them along with immense talent to produce insanely good music. 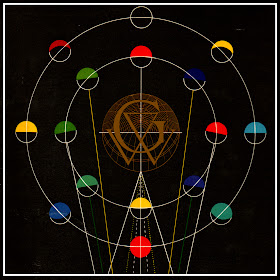 Great Western, of South London, are a trio that tend to demonstrate the very best parts of rock in their music without using any part or parcel of gimmicks- no samples, no dubs, no spacy, unnecessary intros. These guys come to the fight armed to the teeth with lethal weapons and nothing more, weapons they've honed to killing blow sharpness, weapons they waste no time in wielding as they slice and cut their way through the "Warrior of Light" EP with efficiency and zeal.

Great Western are comprised of these three young gentlemen:

Great Western are making their way in an arena that, while not necessarily crowded, certainly has plenty of competition, which, if "Warrior of Light" is any indication, has only honed their ability to create and express important and interesting music to a rarefied level. They don't fit neatly into any one genre, generously moving in and out of several on song or album. They employ the main hallmark of stoner/doom music with low tuned guitars, in fact they employ a baritone guitar as one of their standard instruments, while not shying away from the occasional guttural sludge vocalization. A hallmark of this talented trio is their ability to create memorable melodies that provide intriguing, interesting, impressive lyrics, hooks, riffs, and refrains on every musical iteration.

"Warrior of Light" kicks off with "Son of a Gun". It wastes no time, jumping right in with huge, heavy, up tempo, down tuned guitar riffs that drive the song relentlessly forward, accompanied by primal scream vocals, bunker busting drumwork, and napalm drenching solos that cling and burn til all has been scorched beyond recognition.

The tempo is quick and primal on "New Government", allowing ample time for familiarization before moving into the blitzkrieg guitar onslaught that relents only when all before it has been pulverized and leveled.

"Grand Parade" is grand indeed, huge in scope, haunting in delivery. It burrows it's way to the very center of your heart and psyche, preying on your primal timbre with instruments of cold steel and blue fire, eliciting emotions pure and visceral in reaction. This is music in high virtuosity, searing its imprint for eternity.

The album closes with another haunting masterpiece, "Be at One",  that broods dark and drear, slowly flowing through a distorted landscape wrought beautiful and severe by the sheer weight of booming instruments and canyon echo vocals. It's an onslaught of allure and gloom, deftly delivered by wizards of their own magic. 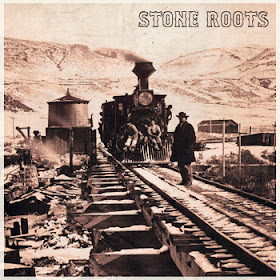 There is not much information available on this band out there in the etherworld. Not yet anyway. They hail from the heart of country rock, San Francisco, California. The lineup for this talented group of rockers is:

The music has a heavy country / americana slant, as previously mentioned, but is also very clean in its production, without superfluous additions or overproduced instrumentation, creating space that becomes intriguing and essential to the songs, especially when combined with perhaps the greatest quality of these west coast rockers, their song writing skills. The songs on this album are well constructed, full of melody and hooks that will engage and energize as only quality songs can. The guitar work on these melodies is what lands this music squarely in the middle of worthy stoner rock, as they provide the two main essentials of guitar delivery - refrain riffs that are low and fuzzy, huge and heavy, combined with solo segments that lay waste to the landscape from the concentrated heat of laserbeam rampages. Add to it the perfectly matched vocals of guitarist Semak and you have a sound that, while not necessarily rare, certainly rises to the top of the immense heap of good and great stoner rock.

The opening track, "Horns", is a prime example of every one of Stone Tools' qualities, combining deft melody with riffs of vision and hooks of delight, wrapped in bullseye rock vocals. Low and fuzzy, loud and raunchy, it's a perfect kick off to a fantastic collection of tunes.

Track four, "Don't Turn Me In", the title track, picks up the pace, as rock bands are always wont to do on at least one song of albums of a more deliberate gait. The song clips along at a great pace and tempo easily sliding into a scorching solo that itself slides into a large, deliberate, and beautifully rendered finale.

The closing track, "Twenty Nine", as is also often the case on albums, is perhaps the biggest, most ambitious song on "Don't Turn Me In", and after listening to it a time or two should quite rightly stake claim as the album's best track. It has the beautifully rendered big guitars, heart piercing vocals, hooks that soar, and solos that carve a finely tuned crease through the middle of it all.

I've failed to pay tribute to the work of the bass and drums. Too often the work, the product, of the rhythm section is overlooked. The sheer genius of simplicity for what they provide makes it hard, too, to say what is so incredibly obvious without overstating it over and again. But the basswork and drumlicks on this album are superb, exquisitely rendered by gifted musicians that deftly provide exactly the right weight and time to a solid base and primal center.