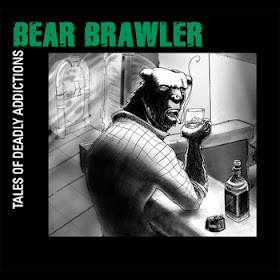 This weeks double dose bands come all the way across the big pond, we call the Atlantic, from France. Our first shot, Bear Brawler, hail from Lisieux, France and recently stirred up The March Bandness competition, brawling with worthy adversaries. Heavy Planet introduced Bear Brawler this past September as a New Band To Burn One To and they are back with their latest release 'Tales Of Deadly Addictions'. Personally, I am not sure if there are bears or swamps in France. However, I am sure that Bear Brawler have brawled with many an uncouth bear and waded through the muddiest of swaps to create the ruthless vocals and quagmire of riffs that await on 'Tales Of Deadly Addictions'. Expect, as the song titles reveal, to rise From the Gutter to the Stars... only to find yourself back ... to the Gutter, which happens to be my favorite track. Check it out below and the other tracks at bandcamp.

I bandcamp I facebook I myspace I soundcloud I web I 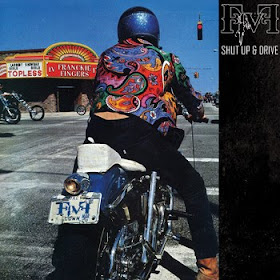 If you are familiar with the classic movie Snatch, you are aware that Frankie "Four Fingers" was involved in a heist of a 86 carat diamond. Well, Frankie heisting a gem of that grandeur would need a great get-away car... and that get-away car would need anthem style rock of old, to keep the adrenaline pumping. Enter Montpellier, France's Franckie IV Fingers and their debut album Shut Up & Drive. Franckie IV Fingers take a no nonsense approach to hard rock with a little stoner attitude. Christophe and company drive these tunes home with plenty of vocal harmonies, turbo licks, and a rhythm section tight enough to organize a revolting mob for the coup de grâce. The songs are concise, the majority running less than five minutes, radio friendly and perfect for rousing troops or sports fans (or that get-away driver that's going to want 20% of the cut from that monster diamond). Check out my favorite track Hero and the rest of Shut Up & Drive at bandcamp.