New Band To Burn One To: BAD LUCIFER

Today's "New Band To Burn One To" comes to you from Austin, Texas. 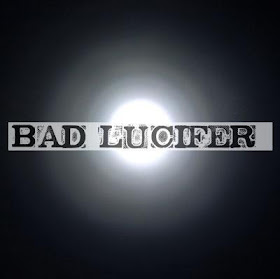 We are a stoner rock band from Austin, Texas. We are newly formed since October of 2011. Our band consists of 3 members, Tiffany Barron on vocals and guitar, Rebecca Hubinsky on drums and Steven Kerner on bass. We are all veterans of the Austin music scene. Tiffany Barron was the bass player for the black metal band Cuss Pig, Rebecca Hubinsky was the drummer for local band One Good Lung and Steven Kerner was the drummer for the touring band Knife in the Water, guitar player for Bluegrass Drive By with Scott Byram and guitar player for the Royal Butchers. Our influences include Jex Thoth, Sleep, Acid King, and Wolves in the Throne Room.


"With powerful yet sexy and angelic vocals leading the way, Austin's Bad Lucifer is about to turn the Earth to dust with their orgasmic blend of psychedelic-tinged doom and fuzz. The warm tone from the guitar wallows through the steady and slow tempo provided by the tight rhythm section. The mesmerizing tonality launches you into a self-induced coma of kaleidoscopic brilliance and blissful inebriation, a dream you don't ever want to leave. Shame on you..Bad Lucifer!"