New Band To Burn One To: SALLY

Today's "New Band To Burn One To" comes to you from Birmingham, UK. 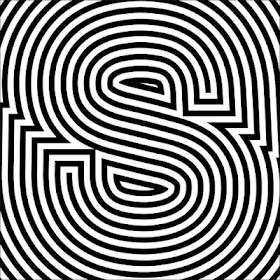 Birmingham based SALLY, came together in 1996 as a trio, Andrew Parker(guitar), Peter Brown(bass), Darren Donovan(drums,vocals) taking their name from ‘The Texas Chainsaw Massacre’ heroin ‘Sally Hardesty’, their music was heavily influenced by bands such as MUDHONEY, FU MANCHU and SONIC YOUTH. Guitarist Nigel Baker augmented the line-up in 1997. They recorded two demo tapes with this line-up. After witnessing a live performance supporting ORANGE GOBLIN in their hometown of Birmingham, LEE DORRIAN of RISE ABOVE RECORDS/CATHEDRAL offered the young trio a deal. Shortly before recording, SALLY inducted LEE SMITH( formerly of ETERNAL/ELECTRIC WIZARD, MOURN and Pittsburgh, Pennsylvania doom legends PENANCE) on vocals. The s/t album was recorded in 1998. Baker would leave the band in 1999, not being happy with their ‘heavier’ direction. They continued as a quartet.

A BILLY ANDERSON produced sophomore album(C-EARTH) was released during 2004. The band would break up shortly after that.


"Many of you may be familiar with Sally as they are not exactly a "new" band. In 2010 the band got a new lease on life with constant touring and is now planning on releasing some new material. This is our way of re-introducing you to the band if you will. Sally's meandering tempos and hypnotic grime are sure to please the ears of any fan dedicated to all things Doom. Their music leads the listener along a gilded path of equally dark and psychedelic worlds which feature noisy guitars, fierce vocals and acrid heaviness. Take a listen to the band simply known as Sally and hear for yourself."