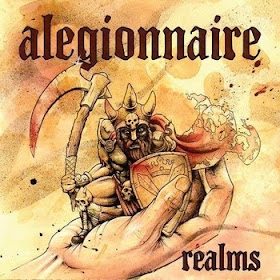 Alegionnaire began as an instrumental metal quartet in 2007. In 2009 the four some decided to take an experimental approach to their metallic creation, and what we have here, 'Realms' was formed. Realms integrates a stoner riff and down-tuned doom foundation with sonic interludes and barbaric vocals. Envision, if you will, the bastard-spawn of Pelican and Amon Amarth, with a touch of Randy Blythe's vocal influence. Give my favorite track, Clinging to the Titans Beard, a spin. If you dig it, head over to bandcamp and download the entire album, its free!

**Alegionniare is currently on hiatus. Aaron Todd is currently working on a solo / collaborative effort project entitled Audible Burst. Adam Nicholson and Chris Clough are working on a doom project, with Realms producer Jay Brafford, called Below. Both worth listen! 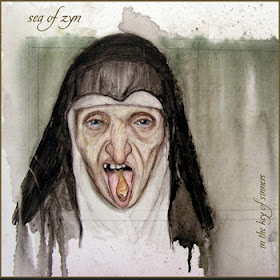 Sea of Zyn is a dynamic duo, The Rev and Zyn, from the Motor City, Detroit, Michigan. While they have worked together in the past, this particular project came together in 2008. Largely inspired by their love for their home-town, the music is full of pounding percussion, strings, and brass sections, while the vocals are powerful and poetic (a strange mixture of Wino, Mike Patton, and Chris Cornell) . "They [Sea of Zyn] nod to nearly everything birthed in this great music city." Really, in the end Sea of Zyn are just a great rock band. My personal favorite track is 'Idolatry'. From the intros patriotic proclamation, to the classic riff-age, and the chorus 'bleed it dry, you're bleeding it dry, you bled it till it withered and died.' The song is solid through and through, with some lyrical substance that truly cohere with the instrumental side.

with the addition of

I bandcamp I cdbaby I facebook I myspace I reverbnation I web I
Zac at 4:20:00 AM
Share