Wow, another year come and gone... I've accomplished a lot in this year to remember "2011". From getting married to a wonderful woman to walking the cobble-stone streets of Poland and Czech Republic. I've drank some good brews, attended some excellent shows (including experiencing 3 phenomenal cellist covering Zepplin on the Charles Bridge in Prague, CZ), listened to some good tunes, and some... not so good. One thing is definite, my knowledge (and library) of music has grown... exponetially. Most of that is thanks to Reg and Heavy Planet.

Soooo, anyone interested to see my favorite picks of this bountiful year for music? Continue on...

10.) MonstrO
I'm just going to pull an excerpt from Seth's awesome review: "These songs are layered, psychedelic, thick, and drunk with emotion." How could this not be a favorite of mine?!
Favorite Track: Stallone

9.) Black Cobra - Invernal
Seth sum's it up pretty well. "I'm sure you're all still a little stunned, a shade confused, and perhaps completely fucking drained." Listening to Black Cobra's 2011 release is a taxing exercise, and I mean that in the best possible way. Think twice about listening to Invernal with a hangover.
Favorite Track: Beyond

8.) Machine Head - Unto the Locust
I know this one might not be up everyone's 'alley', but Machine Head have produced and delievered, consecutively, three excellent albums. Unto the Locust is the third and not quite as good as their magnum opus The Blackening. None the less heavy as hell, and carrying the American thrash torch.
Favorite Track: I Am Hell (Sonata in C#)

7.) Borracho - Splitting Sky
Take Toby's recommendation on this one, "...is that you get onboard with this one right now…because chances are, you’ll be paying good money to hear Borracho play it “in its entirety” ten years from now. Splitting Sky is an instant classic. It’ll blow your mind that this whole thing started out as a side project."
Favorite Track: All In Play


5.) Liturgy - Aesthethica
I could make some enemies with my number five, Liturgy's Aesthethica. Somehow, over the years, hipsters got into black metal... I don't know how it happened or why, hell I'm really not into black metal (and I've been devout in my metal faith). Just as rare as hipsters getting into black metal, a hand-ful of Brooklyn hipsters got together and made a black metal band (kinda...), and it works... really well. Although coming off slightly pretentious, Liturgy have pushed forward a somewhat stale genre.
Favorite Track: Veins of God 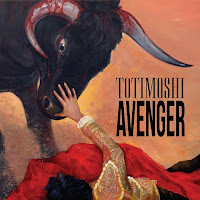 4.) Totimoshi - Avenger
After listening to Avenger I knew this was something special and immediately hoped I'd see Totimoshi on more Best of 2011... lists. To sum this one up, "Totimoshi has delivered a taste of every genre on this inventive and versatile record."
Favorite Track: Snag 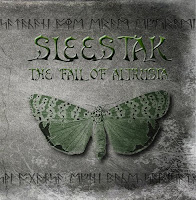 3.) Sleestak - The Fall of Altrusia
The Fall of Altrusia came to me as a surprise left hook. I wasn't ready for journey the guys in Sleestak were takin' me on. Enthralled by the orchastration and intensity, I knew this was "Best of 2011" material, for me.
Favorite Track: The entire damn album! 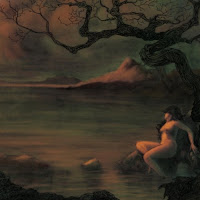 2.) Elder - Dead Roots Stirring
"For the music nerd in me, this album has everything. Great song writing, check. Mammoth riffage, yep! Cosmic psychedelia, got it. Clean production, yes. Extraordinary artwork, check." I was almost positive, upon listening to Elder's Dead Roots Stirring, that this was the best we were going to hear all year. Well, the youngsters in Elder came awfully close and it was extremely difficult placing them second on my favorites of 2011...
Favorite Track: Again, the entire damn album! 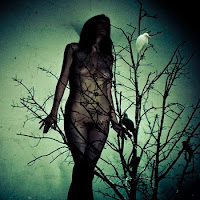 1.) Atlas Moth - An Ache for the Distance
I didnt' stumble onto Atlas Moth's An Ache for the Distance until late October. Honestly, the artwork caught my attention first and I slowly began to recall (well before I started writing for HP) Reg introducing the guys from Chicago's first album A Glorified Piece of Blue Sky and all the positive points. Well, needless to say, after many "Jackyl and Hyde" arguments inside this rattled skull of mine of who to give my #1 spot to it came down to the forward thinking, genre bending, Atlas Moth.
Favorite Track: Perpetual Generations

I must say again, that list was extremely difficult to put together. There have been multiple Earth-shattering records released this year in metal, and as a whole the genre has been pushed into a new direction, leaving us excited to see what's coming in 2012. Thanks for the awesome year to all the musicians, bands, fans, blogs, and readers!

Yes, I'm long winded, but I thought I would also share some other musical treats that I have been digging in 2011 (in no particular order). Take a look, let me and the other guys at Heavy Planet know what you dug this year.

Ginger Trees - Along with the Tide