The Album Of The Week is "Longhandle" by Hognose. 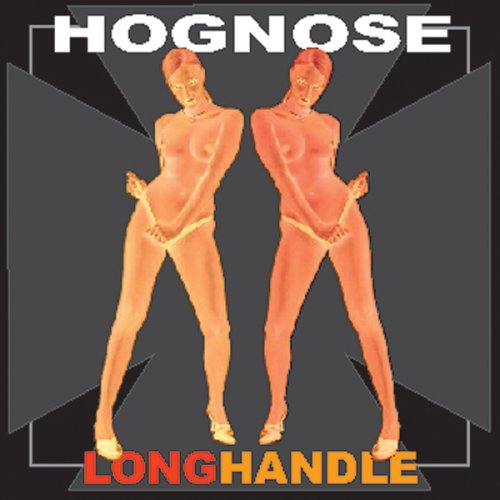 "If you like feel good stoner grooves, tons of energy and busy guitar lines then Hognose is probably right up your alley. These guys are doing a classic rock based sound that is 100% stoner good times. These guys have a lot of the same sort of driving rockers that veterans Motorhead have, and share a lot in common with Orange Goblin in that respect. It's 100% balls to the wall guitar rock and roll. If you like Throttlerod, Dozer, Orange Goblin even some Nebula fans might find this CD pretty damn tasty. Impressive guitar work, a tight well rehearsed unit and vocals that mean business." (robwrong, StonerRock.com)

"These good ol’ boys from the Lone Star state are all about the groove. They play down and dirty, bloodthirsty rock ‘n roll with the muscle of a stampede and the venom of a sidewinder. “Black Angus” jumps out as the most refined of the record’s nine tracks. Full throttle at it’s best which drops like a two-ton hammer leaving a wake of sawed-off guitar and devastating bass in its path. There is a slight hint of Nashville Pussy, Bad Wizard and even ZZ Top in songs like “Get Your Hands Off My Neck”, “Waxahachie” and “Il Gigante Reptil” where the riff leads the song and drags the rhythm section behind kickin’ and screamin’ Neanderthal-s t y l e.

With the full fusion of rock runnin’ in their veins they are compelled to kneel at the alter of primitive kings Motorhead, Sabbath, MC5 and Blue Cheer. “Fountainhead” and “Fourteen Wide” take it back to basics with a plodding dirge. The mix is spot on with each instrument clearly marked and the vocal dead center. Blaine Cartwright (Nashville Pussy, 9 Pound Hammer) would be proud as Hognose knocks back the whiskey and belches out a throaty rasp that keep the devils music in the right courtyard. “Slow Mutant Ride” kicks up the speed racing through the night with a thundering roar. When the band branch out into the funky “L.T.D.” and the Southern-s t y l e powerhouse opening track “Sneech” it’s like taking on a well worn leather jacket and give it the stench of sweaty nighclub. Something you want to hear over and over again." (The Cutting Edge)