Album Of The Day-Rosetta-"The Galilean Satellites" (2005)

The Album Of The Day is "The Galilean Satellites" by Rosetta. 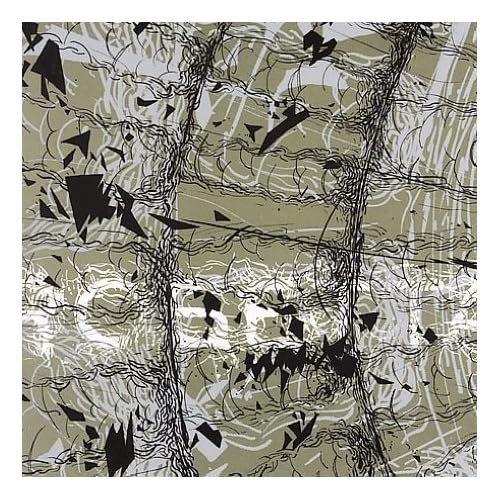 "I hope you are sitting down, this is gonna take a while. Formed from the ashes of Philadelphia bands Mykado, Sundayrest, and Sense Fracture, this beautifully packaged, celestially themed, 2 disc, 2 hour, gatefold effort is a superbly presented effort of Isis/Cult of Luna like moods and tempos that culls from the source material wonderfully, but doesn’t really craft its own identity. That being said, if you enjoyed this year’s bumper crop of like minded albums from the likes of Overmars, Jesu, Minsk, Mouth of the Architect, Back When, Mare, Unfold, Callisto, Minsk, Anubis Rising, Vancouver, Pelican at all, Rosetta is a no-brainer purchase.

I’ll start with the ‘metal’ disc (actually numbered disc 2); 5 (ranging from 8-16 minutes) vast, ebbing tracks of climactic, monstrous building riffs, layered tones and introspective elegance. Opener “Départe” is what you’d expect from such an album - short ambient intro, gradual build and eventual massive rumbling crescendo and at 8 minutes it’s the baby of the bunch being rather straightforward compared to the rest of the album’s four extended and develop forays. The moody riff that starts “Europa” is evocative and forceful with vocalist Michael Armine (Mykado) being particularly powerful in complementing the instrumentation. At 10+ minutes the riff does wear on, but a few delicate and subtle variations on the main riff break up the monotony perfectly. Of course, the track peaks to an impressive climax with drummer Bruce McMurtrie aiding the peak impressively before the track collapses, breathless and heaving. Instrumental “Absent” starts as the album's most introspective track, allowing the listener to recover from the prior track's intensity, but then a vast discordant salvo erupts from the speakers then followed by some scattershot staccato guitar work that seems to be antagonistic compared to the album's up to now restrained swathes and ebbs. It’s the album’s least enveloping track but serves as a mid album shift from the colossally pacifist layering. “Itinérant” starts with some beautifully haunting piano/string tones that meander throughout the whole track underneath the oppressive guitars, shifting, palatable textures and Armine’s pained roar. The track’s tense mid section cries for a gargantuan finish but instead disappointingly delivers an ambient reprieve that is rather anti climactic. Instead, the track bridges into closer “Au Pays Natal”, and to be honest despite its vast scope and passionately heavy tones, I’m a little worn out and if I’m listening to this on headphones before I go to bed; I’m actually asleep at this point. That’s not a detriment per say, more of a knock on my attention span, as this kind of music is meant to imbue a sort of infinite space atmosphere and trance like state.

Ok. That’s just the ‘metal’ disc. The other disc is also 5 tracks (“Deneb”, “Capella”, “Beta Aquilae”, “Ross 128” and “Sol”), all the exact same length as the tracks on the first disc, but they are all ambient, soundscape, atmospheric tracks. They can be played separately as an other worldly trip into time and space or I’ve been told play in conjunction with its sister CD to create an all encompassing, full on sensory musical experience. I’ve yet to try the dual method, but I plan to and I’m sure it’s amazing. That being said, as a stand alone CD, the ambient album isn’t really my thing, as droning samples, keys and electronic warbling doesn’t really excite me. However you Brighter Death Now type fans will no doubt enjoy it.

The overall result of the Aaron Turner (Isis) artwork, the superb production, the packaging and the music itself makes this more than worth your time for the actual music CD alone, but the added bonus of the ambient CD and the potential of the dual play makes The Galilean Satellites a pretty special and highly recommended release." (Erik Thomas, MusicReview.com)