It’s that time of year people, there is snow on the ground, the fireplace is flickering its satanic majesties in the background and I just curled up in my red and green SnuggieTM with a Jameson neat to give you the gift that keeps on giving.  Yes, it’s time for my Top Ten List of new albums for 2016.

2016 was a tough year, my spiritual guide Lemmy died three days before it started.  Then Bowie died and everyone else it seems.  But the music of 2016 was amazing.  We saw some new bands and some familiar ones put out an astounding number of great albums.  To put all of those together into a list of ten based on my personal preferences is tough to do because there was so much that I enjoyed this year.  But for you good people, I will do my best.

10. First up is Mississippi Bones and their fourth release 2600 A.D.: And Other Astonishing Tales.

Heavy, crusty blues rock from this 6 piece band from Ada, Ohio that is so prolific they don't have time to take themselves too seriously.  2600 A.D. is catchy, very well done and one I found myself going back to frequently this year.

9. Next we have from Bordeaux, France Mars Red Sky and their third release Apex III: Praise For The Burning Soul.  The album is a wonderfully crafted, complex journey of sound.  The ability to take a song from the first few notes of massive and crushing fuzz to a delicate meandering piano accompanied only by vocals, as they do in the title track Apex III, shows their mastery of dynamics and arrangement. 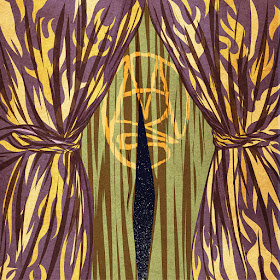 8. In the eight spot is Nine Years from Montreal, Quebec's Mountain Dust.  Pure, gritty, beautiful heavy blues rock and roll in all it's glory.  Nine Years is one you instantly fall for and fall hard.  It is a turbulent love affair and the emotion is always center stage, but brought forth in tones that shift from boozy bravado to placid introspection.  A tremendous album and now one of my favorite bands.

7. Orion by King Buffalo takes my seventh spot.  This album is a gorgeous and dizzying journey of heavy riffs and driving percussion delivered with vocal elegance from this Rochester, New York trio.  This is not one of those albums you skip from song to song trying to get to your favorites, it is an experience that can only be undertaken properly from beginning to end. 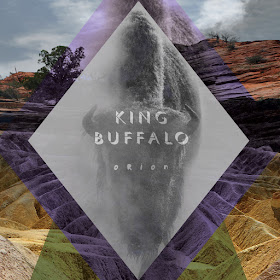 
6. Whores. Gold. A raucous front kick in the face that is almost as good as seeing them do what they do in front of a crowd.  This album hits hard again and again and then it hits you once more for good measure after the cops have locked them in handcuffs.  This three piece out of Atlanta, Georgia have made an album that has taken aggression to its most beautiful state, completely raw and unforgiving with the sarcastic brilliance of the lyrics being the only thing as malleable as the title of the album. 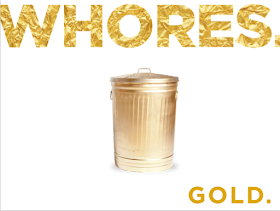 5. In my fifth spot I have the return of one of my favorite bands.  Greek stoner legends 1000mods brought us their third full length release Repeated Exposure To... and it is everything I could have wanted.

4. Coming in at the number four spot is the London four piece Elephant Tree and their self-titled first full length album.  This album is beautiful, cohesive and impressive.  Combining elements of blues, stoner rock, doom and psychedelia this is where music is headed.  The sixth track Echoes is my song of the year and a great illustration of their abilities to bring all these elements together and move music forward.

3. In the third spot is Swan Valley Heights from Munich, Germany and their self-titled debut.  You know you are listening to something special when after each spin you find something more to enjoy, your favorite song changes again and again until it covers every single one on the album.  This album is a masterpiece.

2. The second spot goes to Borlänge, Sweden's one and only Greenleaf and their Rise Above The Meadow.  With each listen I am more impressed with the talent, songwriting ability and obvious love of their craft that these four gentlemen possess.  Individually they are all amazing in their own right, together as they show through this release they are somehow even more. 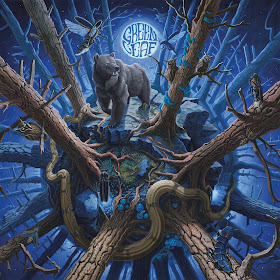 1.  My album of the year goes to Boston's own Gozu and their fourth release Revival.  What struck me from my first listen of Revival is how resolute these four gentlemen are in their single purpose of  bringing something different and truly their own to the table.  To do so with the precision, style and fearlessness they display on this album is a triumph we all get to share.