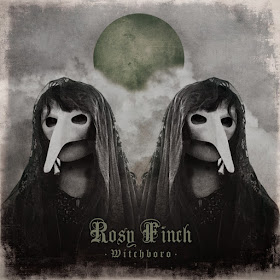 Let’s get this straight off the bat: Spanish trio Rosy Finch have created a simply stunning record with their debut Witchboro. Blending equal parts stoner, noise, and grunge, it’s a record channelling influences from Melvins to Screaming Females crossing over punk and doom influences along the way...tasty right?
Formed in 2013, featuring members of Pyramidal and Hela, the Alicante girl/boy/girl group’s debut record packs a hell of a punch from the off with ‘Ursula’ leading the band down a doom trodden path as the vocals of Mirela Porto and Elena Garcia enrapture as much as they guide you down a dark and scary path of layered riffs and pounding drums that is an enthralling listen. All of the band’s influences come raging out throughout the record with the punk screaming, psychedelic drifting of vocals and guitar picking, frenetic noise assaults, and no nonsense stoner songs that make you ache for the desert sun.
The band describe the record as ‘a journey through the soundscape of "Witchboro", a dark and soulless village where the occult and magic meet’ and is split into two parts; Black Hills and Sea Of Trees. The first half of the record is the heavy swathes of stoner that they excel at, while the second half is more of experimental meanderings into psychedelic waters, focusing on hazy vocals and doom-esque instrumentation that captures you in many moments of contemplative hypnosis.
Witchboro is an outstanding record, one that will be challenging the top of many a end of year list by the time 2015 is done with us. 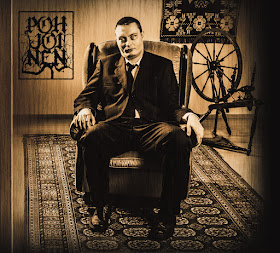 The gut-busting sludge/stoner sounds coming from Scandinavia in todays' scene is an impressive feat, making it one of the hottet places for new talent in the market we love, and added to the ever expanding list is Pohjoinen with their self-titled debut, with enough menacing threat to make you run for the North European hills.

Three years on from their demo, the Finnish trio have mixed together elements of stoner, sludge, metal, prog, and a bit of doomy death for good measure, and the results are brutal at times. Take a track such as ‘Kuolema’ which takes you on a complete journey covering every venomous grunt or rage filled riff and despairing vocal the band have to offer, and drive you through every emotion with them, whether they bury you in doom or throw you head first into the razor sharp metal riffs and guttural screams; they’re not a band to do things half-heartedly.

The native tongue certainly gives the band a sense of an alienating other worldly beast, but the riffs and songwriting allow everyone to cling on for dear life to this assault that Pohjoinen are taking us on, whether it’s a floating doom of ‘Joki’, the gritty stoner riffs of ‘Luovuttaja’ or the death prog of ‘Helvetin Aurinko’. Pohjoinen is not a record for the faint hearted, but if that’s not you, allow yourself to be subjected to their relentless time and style changes and impressive musicianship, it’ll be worth your pulse rating for a good hour or so. 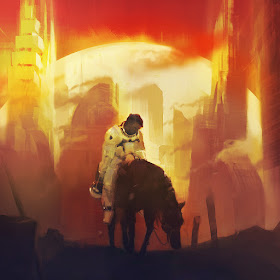 Another band from Finland in our Triple Thursday review, but a slightly different beast this time round as the Jyväskylä band Warchief have crafted a record full of rock and roll stoner songs with experimental wanderings into fields of sludge and grunge thrown in for good measure, and it creates an enthralling listen.

Opening track ‘Give’ fluctuates between gentle soft rock bases before launching into screaming stoner deluges of sheer glory as the seven-minute track closes into a gargantuan wall of riffing noise. The vocals are in English and clean cut, and they work perfectly with the edgy vibes of the music and the youthful spirit evident in a track like ‘Hounds of the Dune’ which is as groove-laden as it is brutal.
The closing of the record is split into two 10 minute parts with ‘For Heavy Damage I’ and II, showcasing all of this exciting band’s talents, trawling the listener through every avenue of stoner glory, experimenting with modern day rock jagged edge playing, and doing what they set out to do in “exploring the many dimensions of the rock and roll universe”. Warchief is one of those records where once it’s finished, you take a moment to gather your thoughts, and hit that replay button straight away.