Mixing elements of stoner, grunge, psychedelia, and some cool ass classic rock, comes Germany’s newest rock titans Whalerider with their debut riff heavy record Thanatos, an album full of maturity and layered heavy rock songs, that keeps you attached to the journey, that mythical beast of an actual album, rather than a few songs and some filler; Thanatos is something which you have to listen to from start to finish, no skipping.

Easing you into the record with a bit of dubstep feedback, the album begins in earnest with riffs aplenty on ‘What’s In Your Head?’ showing signs of things to come with faded spaced-out vocals mixed with some heavy pounding drums and guitars leading the way. It’s the combination of spaced out jamming and gut-busting riffing that becomes Whalerider’s signature move. Singer Max Feibel shows off a great vocal range throughout, especially when growling “Let me be your entertainment” on the heavy-psyched-out ‘Feed My Affection’. His vocals are a glue which links the ranging musical styles together so well, easily switching the heavier with the slower with the trippier, and back to the heavier again. The underlying moments of Whalerider lie in their stoner rock mentality, roaring through a track such as ‘Self-Destruction’ with seemingly effortless joy and power.
Thanatos is an excellent album which may find itself high up on anyone’s end of year lists. 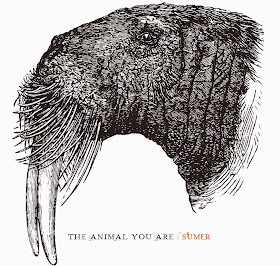 Sumer – The Animal You Are

A slightly different beast for Heavy Planet here, but one that we couldn’t let go unnoticed.  Hailing from South-Eastern England, post-rock-metal-progressive newcomers Sumer have released not just an fantastic debut record, but a journey which encapsulates your very being, gripping and tightening with every riff, pulling you in every direction of laid back spaced out jamming to full throttle heavy-on-the-riffs destruction.

The band have echoes in their sound from the likes of Pelican, Tacoma Narrows Bridge Disaster, and Tool all rolled into one enormous acid trip, but yet there is something about Sumer which makes them stand out from their predecessors, whether it’s the joint vocals of Ian Hill and Tim Bonney, or the compact instrumentals of ‘Progenesis’ that twist round your soul in a death grip. Perhaps it is the band’s ability to carve out an album of heavy-light-heavy songs which never meander off from their course and into self-righteous unnecessary warbling: Sumer keep things tight, with a technical ability that is an impressive sound to behold.

Songs can be isolated and highlighted, in particular tracks such as ‘Pinch, Cut’ has particular heavy passion screaming out, but it’s vital that The Animal You Are is heard as a collective sound, as it was intended. Take your time and lose yourself for a while in the technical audacity of Sumer, but just remember to take a breath now and again.

The Animal You Are is released through Wild Heart Records. 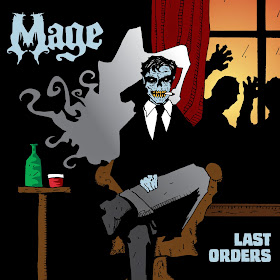 Stoner-Doom can be too heavy a beast for many, the sheer thunderous destruction of the sound can collapse many young bands in the practice room, crushed under their own riffs. Not for Leicestershire, England’s own Mage however, on Last Orders they become the gods in the clouds that weild the whip, rather than those who feel its wrath (in other words they’re really good at what they do).

Getting no further than two tracks in and already the pummelling will have weakened out the herd of pretenders and passersby, working in elements of sludge and metal riffing into their arsenal, Mage are a scary beast to try and control. The band state that they are compelled by the power of the riff and black magic, and it’s abundantly clear on Last Orders as a track such as ‘Beyond’ feels like a planet is lying on your chest as waves of thick sludgy doom swarm at your feet, it’s often a suffocating listen: a record for the sadomasochist in us all.

Mage’s second record as a band is dark, heavy, venomous, crushing, but all-in-all, quite majestic. Crush your bones!