New Band To Burn One To: HOT FICTION 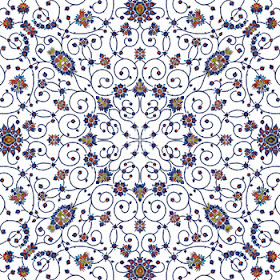 Hot Fiction are a hotly tipped English Soul/Rock band. They've been aired on Absolute Radio, courted by Christian Dior and featured by music festivals up-and-down the country. Their most recent album, Apply Within, was release to critical acclaim in October 2012 and was the highlight of a national Summer/Autumn tour that included London, Yorkshire, The Midlands, Cornwall & The Edinburgh Festival.

The two members, Andy Yeoh (Drums & Vocals) and Simon Miller (Guitar & Vocals) met in school where their shared musical understanding blossomed. Following university both had accumulated a wide range of song-writing and performance experience. In 2008, Hot Fiction was formed.

The band found their centre of gravity in London, and the pair gained a cult following and now perform regularly. The release of the band’s first album Dark Room in 2008, brought an international dimension to the band’s success, attracting a new wave of fans, particularly in the US, Spain & France. In the three months following release, Dark Room was the no. 1 most popular album on the free music site Jamendo.com, where it has over 100k plays to date.

Apply Within, the band's latest offering has been met with even greater praise, with popular music blog bluesrockreview.com placing it in the top 20 albums of 2012. Manner of Travelling the final track on the album spent several weeks as Jamendo.com's no. 1 song and as of writing is still in the site's top 10.

"Hot Fiction is not typically a band you would see featured on Heavy Planet, basically because we like to feature bands that are heavy! Well, let me tell you, Hot Fiction is really/ fuckin'/ heavy! These two lads from London delivered one of the most soulful and heartfelt releases of 2012. The riffs are dirty, the vocals dusty and the tone muddy. Combining funk, blues, a bit of country along with a very minimalistic approach and capricious attitude, the album is full of tracks that will wrap their arms around you and take hold with deep-rooted power and emotion. From beautifully haunting ballads to lo-fi psychedelic soul and to funky riff-driven stoner ditties, Hot Fiction is definitely worth a listen. Their latest full-length "Apply Within" is available for free download on their Bandcamp page."