New Band To Burn One To: DKH (DOE KILL HOOVES) 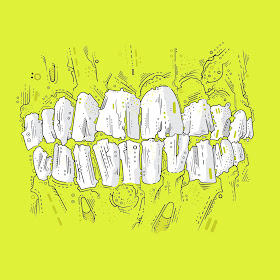 "Have you ever had one of those days that you just say "fuck it, fuck everything"? Well, today wasn't actually one of those days, but I did have enough pent up angst inside me to throw on something a little out of my realm. That is where some primo sludgecore from the UK comes in, the band I am talking about people  is DOE KILL HOOVES or simply known as DKH. The merciless onslaught begins immediately with "Crows" and sucker punches you right in the jaw. As the blood trickles down your cheeks from the aural assault on your ears, the band intensifies their fury with the track "Sea of Trees". Amidst frantic drumming, impassioned vocals, and hell-bent attitude, the band bludgeons on with tracks such as "Flight To the Sun" which actually at times sounds like a seal getting (fill in the blank) and the doom-fused riffing of the mighty album closer "Sludgehammer". Fans of Cave-In, Converge, High on Fire and Superjoint Ritual take heed and rejoice there is a new kid in town and it's name is DOE KILL HOOVES." Boom!"