New Band To Burn One To: THROW THE GOAT 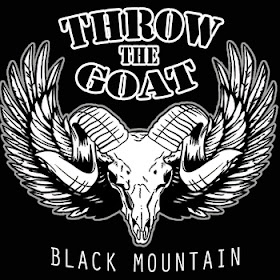 For those of you who like your rock ‘n’ roll hard and edgy and are a bit tired of the “Temecula set list” of classic rock and Johnny Cash covers that most local bands furnish, then there’s a group from Idyllwild that deserves your attention — the brain-melting “mountain metal” of Throw the Goat.

"In a way stoner punk is a bit of an oxymoron, stoner usually means slow and lethargic while punk is all about attitude and is fast-paced. Forget the labels, Idyllwild, CA band Throw the Goat is straight up rock and fuckin' roll. Blasting their way through 12 songs no longer than 5 minutes each on their debut full-length album "Black Mountain" the band shows the furious pace at which their music is played. There are no "epic" songs on here, this is just a terrific high energy rock album with a raspy pissed off vocalist, steady rhythm section and sing-along choruses. The band occasionally slow things down a bit, such is the case on "Break the Mirror" buts redeems themselves with the meaty punk anthem "Beef". This is a fun album with catchy songs and balls-out passion and attitude. I am willing to bet that this band puts on one hell of a live show."