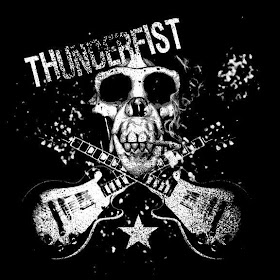 Back in 1972 an airtight, watertight canister was buried in the field next to the football stadium of a small high school located somewhere in the Panhandle of Texas. The white belt, white shoes wearing administration of the local high school had made sure to include newspapers, magazines, and popular books of the time, as well as typed lists describing the top TV shows and movies of the year. Going to great lengths to make the canister extra special, the principal packaged up a special box to be placed into the impermeable container along with the other time travelling items, a box that contained 45 rpm disks of many of that year’s hit songs, which happened to be the principal’s favorites, including Don McLean’s “American Pie”, Sammy Davis Jr.’s “The Candy Man”, and America’s “A Horse With No Name”, all simple, yet insipid pieces of music supposedly representing the epitome of rock and roll at the onset of the seventies. The only inclusion in the stack that came close to having bite, though, was perhaps Alice Cooper’s “School’s Out”. What the principal didn’t realize was that his pot smoking, sideburn sporting, trendsetting, utterly cool son had slipped a stack of his own into the canister. Included in little Jimmy’s package was a bong, a pack of Zig-Zags, one of his favorite lighters, and a stack of records that represented his idea of what type of music belonged in a time traveling knick knack coffin that would surely be opened by people of the future who would have by then figured out the true essence of music, of rock, and would appreciate what he had managed to send them down through the echoes of time. Little Jimmy had carefully placed his 5 favorite albums: Mountain’s “Flowers of Evil”, Iron Butterfly’s “In-A-Gadda-Da-Vida”, Black Sabbath’s “Master of Reality”, Warhorse’s self titled album, and his favorite, “Thunderfist” the self titled album by Thunderfist . . . . . . wait, what? Thunderfist? 1972? This album has such an incredibly classic rock sound that you would swear it came from the seventies, except it’s better than that. It’s as if when they opened little Jimmy’s box of albums, his prediction had come true, the music played 40 years later was the epitome of the sound that began way back when, sound that has progressed and has been perfected, not by tweaking and gimmickry, but by building on the foundations of hard driving rock and using technology that only enhances those wonderful sounds.

Thunderfist has been around for quite awhile, at least 14 years, hailing from the rockin’ state of Utah, where they have lived the life of guys who party in the desert with motorcycles and cars and who love to rock. Their music is certainly derivative of those wonderful bands mentioned in the fiction at the outset, but also of the best rock through all 4 decades between then and now. They list their influences as Slash, Thin Lizzy, Motorhead, AC/DC, and Motley Crue. But they have managed to go beyond that, beyond more than just a derivative band. This album, these songs, are chock full of rock awesomeness that uses what we all know as a starting point and builds beautifully onto it until they have crafted some of the finest heavy and hard music you’re likely to hear.

Blazing, scorching, screaming guitars, that relentlessly drive fast and hard; drums that pound out a pulsating beat with heart and fury; bass strings that are huge, ferocious, and furious; and maybe best of all are the vocals that are able to match the amplified sounds of the instruments in quality, volume, and sheer intensity, with a rich, raunchy, gravelly voice that expels expletives while rounding out the sound to a full blown assault on the rock and roll senses that equates to a fine and engulfing experience.

Thunderfist have managed to create quite a tremendous collection of songs, without one stinker in the bunch. Close your eyes and pick a song and you will be rocking your face off before you know it. From the opening track “Cut and Run” to the closing ditty that evokes memories of that earlier decade in a high school somewhere in rock n’ roll U.S.A. Thunderfist takes you on an unabashed and unapologetic journey through hard rock treasures. “Don’t Get it For Free” will have you tapping your toes and banging your head while “Smoke ‘em While You Can” just might have you rewinding a few times to repeat the experience to which you are treated on this rock standard that evokes the familiarity of dozens of songs ingrained into your rock and roll soul. “None of Your Business” is a fast, furious, and fun ditty enfused with what are surely double entendres. “As Good As It Gets” is a fitting epithet for a funky, toe tapping screamer, while the most interesting song on this compilation may just be “Eskimo Pussy Is Mighty Cold”, putting to music the ageless Marine Corps sing along standard, sung to cadence of millions of cadets training to become elite fighters, dispelling rock and roll of a different variety.The best song on the album is “Back Down”, which has a very quick tempo, riffs that are ablaze from the speed at which the song is played, and just an all around great rock sound.

Released early in 2012 “Thunderfist” is a high quality, high rocking, highly fun and enjoyable album from a group of guys who happen to know the ins and outs of making great music. This is rock at its finest, whether you compare it to the best rock of the seventies and eighties, or are just discovering fast and heavy metal music 40 years hence.