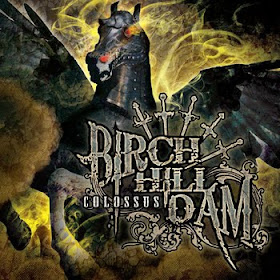 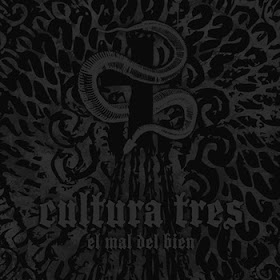 Cultura Tres: El Mal del Bien
Cultura Tres, from Venezuela, are the sound of South American sludge. Heavy Planet introduced Cultura Tres back in July of 2010, with the release of their debut album 'La Cura'. Well, Alejandro, Juan, Alonso, and David are back with their sophomore release 'El Mal del Bien', meaning 'The Evil from Good' in Spanish. A fitting title for this concept album, conjuring dark themes dealing with witchery, slavery, and oppression in South America. The music seethes these painful and passionate themes. Cultura Tres sound meddles somewhere between doom, sludge, and progressive while adding a touch of South American native drumming. Allow them and Cultura Tres will give you a glimpse of an apocalyptic world, a haunting experience. Be sure to head over to their bandcamp to give the tunes a listen!
Members:
Alejandro Londono - Vocals, Guitar
Juan Manuel de Ferrari - Guitars, Backing Vocals
Alonso Milano - Bass, Backing Vocals
David Abbink - Drums
I bandcamp I facebook I myspace I twitter I web I
Zac at 4:20:00 AM
Share