New Band To Burn One To - Split Hoof 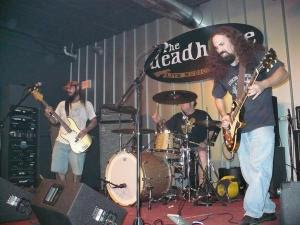 Introducing to you, a new band (sorta) that is about to unleash a world of hell upon this earth. Guess what? You're all going down too. The band is called Split Hoof.


SPLIT HOOF is a three piece band from Austin, TX that does NOT play sludge metal! Their sound is described as "MOTORHEAD riding on THE CULT jumping over DEEP PURPLE and crashing into BLACK SABBATH." SPLIT HOOF is all about a ferocious live show and a stiff drink! ROCK N ROLL WILL NEVER DIE!!!

The band consists of Wade Morrison (bass, vocals), Chris Lanctot (guitar, vocals) and Kenny Wagner (drums). If Kenny's name sounds familiar it's because he's played in legendary bands such as Sixty Watt Shaman, Superheavygoatass, Thousand Knives of Fire and Halfway to Gone amongst many others.

Their sound is what they describe above. It's a dirty southern hard rock sound that can be compared to Superheavygoatass but with a bit more blues injected for good measure.

Check out their Myspace to hear some demos, become a fan on Facebook and look for their debut self titled album due out real soon on CD, LP and 8 track (yeah, that's right, 8 track).